Writing
Check out my most recent Mama Bear Dares blog post - "Summertime and the Livin' is Easy...I Hope" - here! Pick and choose from the tips in this post to help you survive - and love - spending the summer with your kids.

Reading
I pulled a recommended reading list from Pinterest a few weeks ago, and if the first two books are any indication, this list hit it out of the park. Megan Abbott's "almost unbearingly tense, chilling, and addictive" You Will Know Me was the first book in ages to keep me up long past my bedtime, not because of nightmares, but because I needed a resolution. Dark Matter by Blake Crouch did the same, drawing me in from the very first page and making it incredibly difficult to stop reading and turn in for the night. I didn't get a lot of sleep in June... 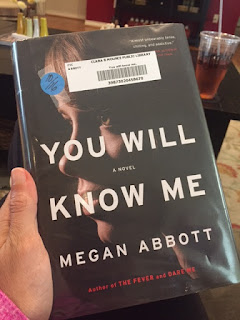 I also enjoyed my first issue of Magnolia Magazine. Joanna's magazine wasn't quite as delectable as her cupcakes, but it came in a close second. 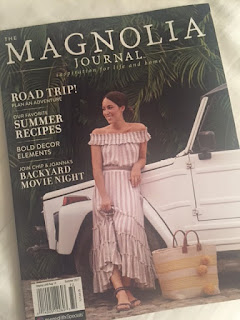 Watching
As I've mentioned previously, the kids and I have developed an obsession with America's Got Talent and World of Dance. Howie Mandel (one of the AGT judges) regularly states that this is the best season of AGT EVER, and thought I haven't watched many acts from previous seasons, I have to believe his claim is accurate.

Tom and I have been working our way through the last few episodes of Designated Survivor (one of my favorite new shows of the 2016-2017 season) and Modern Family in our DVR, and last week we finished The Keepers on Netflix. While we found ourselves completely engrossed in this fascinating but heart-breaking documentary, the topic weighed - and continues to weigh - heavily on us. I hope for a resolution and will be following the story in the future.

Listening To
I continue to enjoy the Reveal podcast. I've been listening to it while I work out (because my new gym can't seem to figure out how to allow members to listen to the televisions) and I listened to it while I drove to Dallas to pick up Will earlier this month. Reveal is perfect for long drives because it covers subjects that while interesting, aren't so engrossing that you forget to pay attention to what you're doing behind the wheel.

Trying/Using
If you've followed Chasing Roots for any length of time, you probably know that I dislike hot, sunny days on repeat and love it when Mother Nature sees fit to gift me with weather that actually changes. In particular, I like sudden snowstorms and swollen rain clouds that roll in slowly and then stay put until they've released every last drop. I like to believe Joanna Gaines gets how I feel, because she has this pounded leather sign for sale at the Magnolia Market...and I know my mom gets how I feel, because she bought it for me. 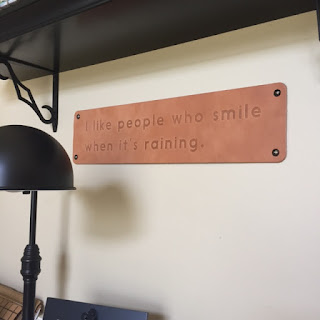 Last summer I bought all of Hallie's swimsuits (we all have a few because we swim so often and for more than half the year) from Lands End. Initially I was thrilled, but recently these relatively pricey suits have faded significantly and the two layers of fabric covering Hallie's rear end have separated from one another and stretched out to differing degrees. I decided to buy her a new suit, and opted for Cat & Jack from Target. In the past I haven't been able to buy Hallie suits from Target because 1) their brands didn't work with her body shape, and 2) I didn't like their designs and styles. But the Cat & Jack suits - Hallie now has three - are perfectly cut, designed/styled, and priced. I'm sold!

I have no affiliation with Target or Cat & Jack - I'm just a happy customer - but I kind of think these two should be Cat & Jack models... 😀 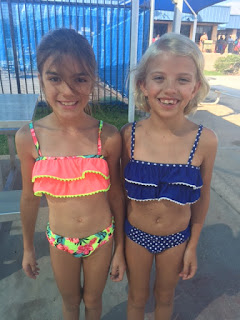 Wearing
For me, June has become the second most boring month (behind August) to get dressed. I head to the gym first thing in the morning, so I start the day in exercise clothes. I know that after I finish sweating at the gym I'll just go outside and sweat more, so I usually don't shower and change clothes...sometimes into my pajamas (don't judge)...until the end of the day.

Here's what I wrote last June in this same category: "the heat and humidity, along with a schedule that requires me to spend a fair amount of time outside, prevent me from wearing anything that needs to be dry cleaned so I now live in my gym clothes, my swimsuit, and cover-ups". Not much has changed!

On a related but much cuter note, last week Hallie came out of her room wearing the same adorable dress she wore for her preschool pictures taken FOUR YEARS AGO. It still fits, and well. She may be taller and more muscular (this last year of dance greatly increased her muscle tone), but not much else has changed!


Eating/Drinking
Remember my 50 States of Cookies Challenge? This month I made four of the 51 recipes!


Enjoy!
What's new, good, and/or interesting in your life this month? Please share!
Posted by Chasing Roots at 4:00 AM