Writing
During the school year, I can find at least an hour or two almost every day to crank out a couple hundred words. But during the summer months and especially when we're on the road, I can barely find 20 minutes to sit down at my computer. Writing in June, July, and August feels cumbersome and strenuous, rather than fulfilling and rejuvenating.

That said, anything good in life requires a little work at times and a lot of work at others. I don't for a second take my dream job for granted, so during these challenging times I put my head down and try as hard as I can to "power through". I made my monthly Mama Bear Dares deadline and now have two weeks (not nearly as long as I'd like, but I know I can make it) to finish an interesting restaurant review for Texas Living magazine. The mama in me isn't ready for the school year to start, but the writer in me feels differently...

Reading
Does People magazine count? I knew I wouldn't have time on this trip to read, so I didn't even bother to bring a book with me. I did, however, bring a few People magazines (I start buying them four weeks prior to our annual summer trip so my SILs and I can read them while lounging on the lake) and I made it through all of them. I plan to delve into something a little deeper and more intellectually stimulating in August.

Watching
I caught quite a few movies in July, though I had seen many of them - Big Hero 6, My Big Fat Greek Wedding, and Step Brothers - once already. In the first-time viewing category, I enjoyed both Moana and Despicable Me 3, and I loved My Big Fat Greek Wedding 2. I couldn't stand, however, The Batman Lego Movie. After being pleasantly surprised by the original Lego Movie I had high hopes for the Batman follow-up; it did not live up to my expectations.

On the small screen, I enjoyed the Amelia Earhart: Finding the Lost Evidence television special. I have a fascination with Amelia Earhart's (assumed) airplane crash and subsequent death, and therefore found this investigation into newly discovered evidence captivating and ultimately convincing. I believe the program is available On Demand if you missed it the first time around.
Listening To
Tom and I listened to a l...o...n...g but engrossing book while driving from Texas to Wisconsin and back. Dean Koontz's Ashley Bell started off slowly, but as is often the case with Koontz's stories, eventually drew us in and kept us mentally jumping back and forth between perplexed, astonished, confused, and intrigued. If you find yourself with 17 hours and 26 minutes to listen to the 15 CDs, give Ashley Bell (or anything by Koontz for that matter - we've enjoyed quite a few of his stories) a try!

Trying/Using
I generally don't purchase bracelets without trying them on - I have oddly small wrists - but after Facebook "recommended" Sashko bracelets to me four or five times, I decided to give them a try. I have no affiliation with the company, but have to give them a shout out; not only do the bracelets look lovely and fit well, they arrived quickly and the company emailed me multiple coupons toward future purchases. 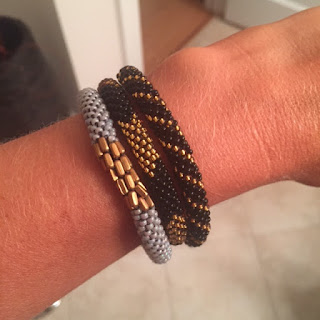 Wearing
Earlier this month my mom, my sister, and I made the rounds to the many stores found in Madison but not in College Station. First up on my list: Athleta and Lululemon. Lululemon had little that impressed me this season - sometimes colors and styles just don't align with tastes - but I did well at Athleta, walking away with the fabulous Studio Wrap in marl gray heather. Its price point forced me out of my spending comfort zone, but the material is "beyond soft" (the company's words, but I concur) and layers beautifully. The piece also has magnets in the corners of the collar so it can drape closed, comfortable thumb holes in the sleeves, and...POCKETS! All good clothing pieces have pockets, wouldn't you agree?

It may be 99 degrees in Texas today, when fall winter rolls around, I'll be ready.

Eating/Drinking
While we ate and drank extremely well (perhaps a little too well - I feel a little fluffy right now) throughout July, our meals and desserts were primarily tried-and-true family favorites rather than new recipes. I look forward to returning to my own kitchen - and my 50 States of Cookies challenge - in August!

I spent quite a bit of time and money clearing the shelves at Trader Joe's and the coolers at The Chocolate Shoppe. 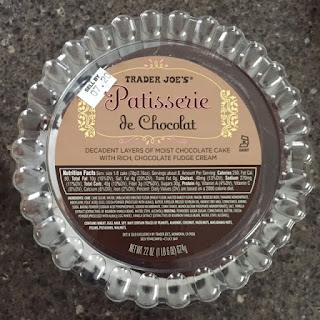 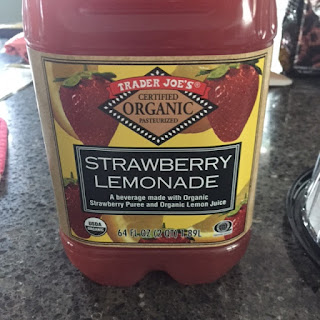 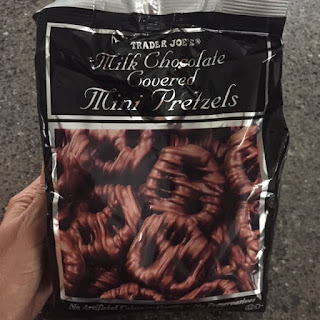 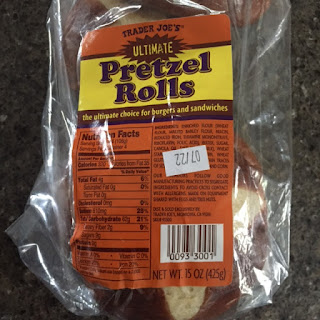 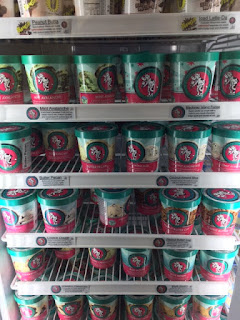 And last but not least, I discovered a drink working mentioning. My sister and brother-in-law buy their family's milk from a dairy. Like an actual dairy. One that employs milkmen who deliver glass bottles of fresh milk to the front porch. I grew up drinking milk and love it still today; I have a glass with a square of chocolate or a cup in a small bowl of cereal almost every evening. But I didn't realize how differently milk from the grocery store and milk from dairy taste until I tried a cup of fresh skim...HEAVEN in a glass. I don't know if dairy delivery is available in my area, but I plan to find out. 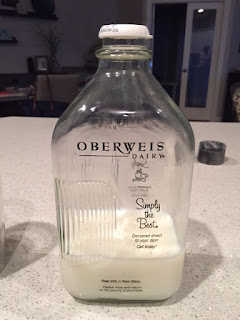