No One Leaves Home

First, I do not enjoy poetry. I pause to read poems only if they have an extraordinarily enticing title, come highly recommended by a friend, or were written by someone I know. The poem below does not fall into any of these categories, so I honestly can't explain how it ended up nestled among the recipes, book recommendations, and articles about trying to raise strong, hard-working, and kind children in my "saved" folder on Facebook.

Second, I do not enjoy politics. I occasionally post political memes and videos, but only those I find funny because they poke fun at the system: 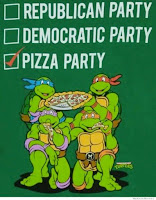 I have no desire to debate politics - even the issues I feel most strongly about - with anyone. I stand up for what I believe is right in a variety of ways, but won't ever try to convince people to think what I think or believe what I believe using this blog...the rest of social media and the internet are infested with politics and I want Chasing Roots to be a safe and neutral place for both me and you.

I mention all that so you'll understand that I've chosen to share this poem not to bring about a political discussion or to show my support for one side or another, but because it inexplicably appeared before me and then made an unexpected impact. I could hear the author whispering - kindly but with conviction - in my ear. I could feel her willing me to understand that my reality looks nothing like the reality of so many others. I could see her using carefully chosen words to open my eyes a little wider and encourage me to share love.

I promise to do my best.
Home
~ Warsan Shire

you have to understand,
that no one puts their children in a boat
unless the water is safer than the land
no one burns their palms
under trains
beneath carriages
no one spends days and nights in the stomach of a truck
feeding on newspaper unless the miles traveled
means something more than journey.
no one crawls under fences
no one wants to be beaten
pitied

no one chooses refugee camps
or strip searches where your
body is left aching
or prison,
because prison is safer
than a city of fire
and one prison guard
in the night
is better than a truckload
of men who look like your father
no one could take it
no one could stomach it
no one skin would be tough enough

or the words are more tender
than fourteen men between
your legs
or the insults are easier
to swallow
than rubble
than bone
than your child body
in pieces.
i want to go home,
but home is the mouth of a shark
home is the barrel of the gun
and no one would leave home
unless home chased you to the shore
unless home told you
to quicken your legs
leave your clothes behind
crawl through the desert
wade through the oceans
drown
save
be hunger
beg
forget pride
your survival is more important

no one leaves home until home is a sweaty voice in your ear
saying-
leave,
run away from me now
i dont know what i’ve become
but i know that anywhere
is safer than here
Posted by Chasing Roots at 5:00 AM