An Exercise in Democracy

Don't worry, this post has nothing to do with the upcoming election. Well actually, it does, but not in the sense that I'm trying to convince you to vote for or complaining about one candidate or the other. You'll find none of that here on Chasing Roots, I promise; when it comes to politics, I'm more of a pizza party kind of gal. 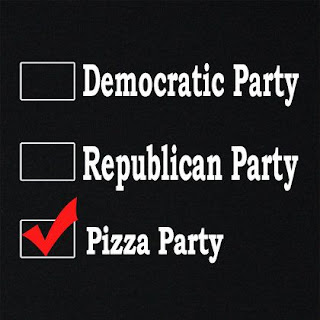 When I came across this image nearly a year ago I knew I would at some point find a place for it in a post. 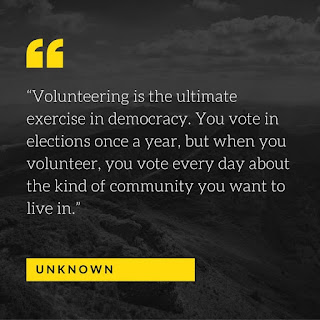 On November 8th we will all (hopefully) vote for the candidate of our choosing, and one of those candidates will become the President-Elect of the United States of American. Some Americans will be happy, of course. But many others - those wholeheartedly supporting the losing candidate as well as all those who had hoped a third candidate would somehow step into this Presidential boxing ring and knock out the top two candidates - will feel frustrated, unhappy, or even angry. And this is where the quote above comes into play.

When I wake up on November 9th - even if it's on the wrong side of the bed - I will remember that this election is not my only opportunity to vote. To have a voice. To affect change in my community, and on a larger scale, make our country a safer, healthier, and gentler place in which to raise my children. I won't dwell on the election results one way or another, and will instead make a little extra time in my day for the schools and nonprofit organizations I believe in and support.

So here's what I'm thinking...

What if we all did this on November 9th? What if, instead of complaining and lashing out (which, based on what I've read on social media pre-election, there will be plenty of post-election), we all redirected our emotions and voices toward productivity? What if we stepped away from social media and out into the real world to do just one good deed or act of kindness? Can you imagine how uplifted and inspired we'd feel, how lovely our communities would look?