Tiptoeing in My Footsteps

Since Will's last year of preschool when his teachers first introduced the concept, writing has been Will's second least favorite favorite…behind coloring, of course. He complained about the Handwriting Without Tears curriculum used in both preschool and kindergarten, and actually shed a few tears in first grade when his homework assignments started to involve writing more than his name.

Will turned a corner - well, more like he followed a slight bend in the road - in second grade, when his ELA teacher allowed him to write about whatever inspired him. Every Monday he brought home in his folder the five play-by-play soccer stories he'd written the week before; by the end of the school year I counted more than 75 writing assignments for which his chosen topic was a soccer practice or game. His poor teacher…

Last semester and as a third grader Will still complained about writing, regularly ranking it below math, science, reading, PE, social studies, and music. The only subject with a lower ranking was - you guessed it - art. So imagine my surprise when Will asked if he could try out for UIL at his elementary school…in hopes of making the 3rd grade Ready Writing team.

I tried to hide my excitement as I signed the permission slip, and did my best not to mention the tryout at all in the days prior. I didn't bring the tryout or the competition up at all, actually, until a few days after it had taken place and only to ask when we might know the results. "Oh, didn't I tell you? I made it!" Will replied casually as he dropped his backpack on the floor and ran outside.

So last week, after two months of practicing, Will and his "team" - three 3rd grade students from his elementary school - attended the city-wide UIL meet to compete against 3rd grade students from the other eight elementary schools in our district. The night of the meet the district held an awards ceremony, which the four of us attended. When Will's event was called, the speaker invited all 27 participants to join her on stage so she could announce the top six finishers. I knew Will wanted to do well but I also knew he didn't expect to do well, so when third place came up and the speaker called his name, Will's mouth fell open (to the point that people around us chuckled at how adorably surprised he appeared) and the biggest smile spread across his face. Then he found me in the audience and we locked eyes - a 3rd grade writer and his proud writer mom. 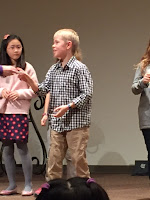 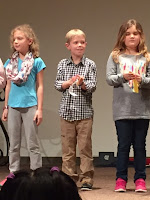 When I worked for the Red Cross I had an office, in an office building with a sign out front that told people what we did, and where I spent at least 28 hours a week. Three-year-old Will pointed to that building and call it "Mama's office". Four-year-old Will told strangers how I helped people whose houses caught on fire or blew away in tornados.

After we moved to Texas, five-year-old Will wondered out loud why I never went to my office anymore and if maybe my new work involved playing Angry Birds on my computer. He couldn't understand writing as a job - nor could he see the value in writing - the same way he understood and saw value in the Red Cross as a job. And it hurt.

I misplaced a little bit of myself when I left the Red Cross, and throughout the last five years I have worked hard to find that part of me again. The process has been s…l…o…w, but I expected as much and remind myself frequently that my destination is not some kind of blog post or copywriting finish line but to become better at my craft and pay a bill or two along the way.

The day Hallie acknowledged my new-ish career choice* was a beautiful one for me. Last Thursday night Will did the same, and it was just as glorious. 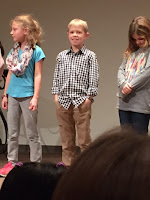 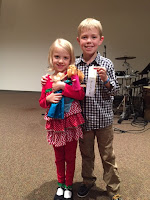 * The conversation between Hallie and our babysitter, Peyton, back in 2013.
Peyton: Hallie, what do you want to be when you grow up?
Hallie: I'm already grown up.
Peyton: Ok, well what kind of job do you want to have when you get older?
Hallie: I don't know...maybe I'll be a writer like my mom.
Posted by Chasing Roots at 5:00 AM