Tom and I are huge sports fans. We love football most of all - specifically Iowa Hawkeye football, followed by Wisconsin Badger, Nebraska Husker, Michigan Wolverine, and Green Bay Packer football – but we also enjoy Detroit Tiger baseball, college basketball, professional soccer, and the Olympics. We have tried to instill in our kids a love for sports, both as participants and as spectators, and on some days, I think we're doing a pretty good job.

Here’s Will, rockin’ his University of Nebraska gear, on the day he learned how to sit up. 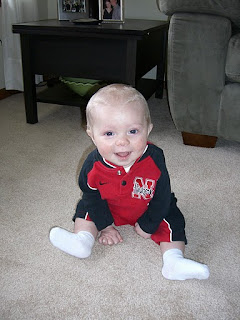 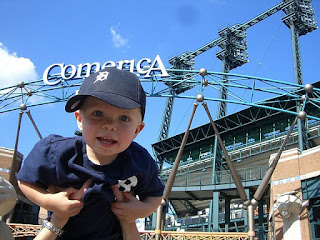 Our hope is that this picture will give Will an edge when he submits it to the University of Wisconsin, along with his admission application, in 14 or so years. 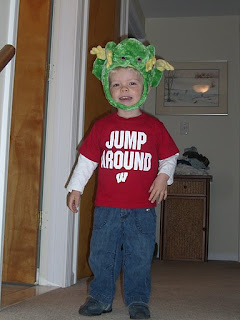 A big fan of eye black, Will sported his Green Bay Packer set the night before they beat the Detroit Lions to make them the first and only NFL team to lose all 16 regular season games. 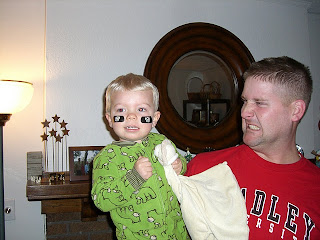 Will’s Saturday morning soccer games kept us from properly tailgating (we pride ourselves on our tailgating skills) for University of Michigan football games, but Hallie showed off her team spirit nonetheless. 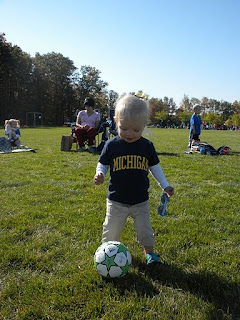 About a year ago, Will and Hallie cheered for the Hawkeyes in their 2010 Hawkeye bowl game. 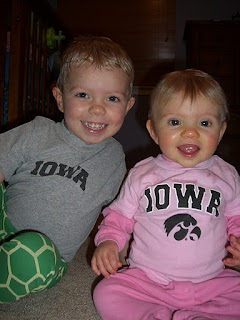 Our move to Texas took us out of Big 10 country for the first time in many years. We won't be able to watch, because of the television options here, very many of our teams' games (though we were able to see the Packers in the Super Bowl – Go Pack Go!), so in the name of sports fan-dom we've decided to jump on board the Aggie (Texas A&M, or TAMU) fan train. Will and Hallie bought into the craze immediately.

Almost exactly one year after the Hawkeye picture was taken, the kids changed gears and cheered for the Aggies in their 2011 bowl game. 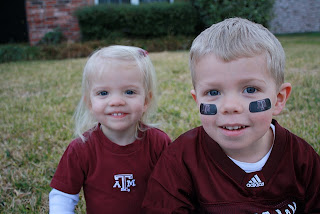 Email ThisBlogThis!Share to TwitterShare to FacebookShare to Pinterest
Labels: Down South, Family, Life, TAMU, Up North