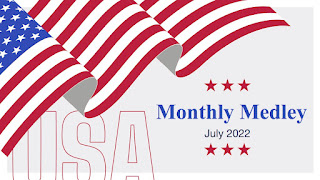 For the first time I have THREE articles in the same issue of a magazine. Discovering this wasn't quite as mind-boggling as when I saw my first magazine article in print, but it was still pretty cool. 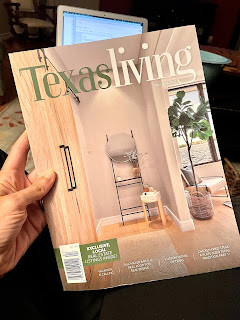 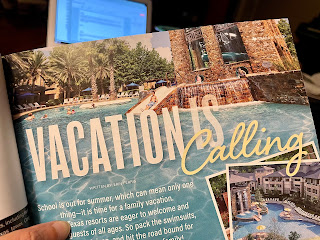 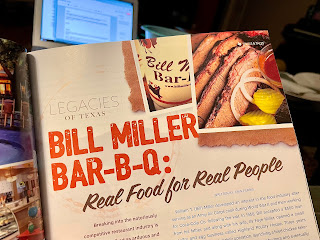 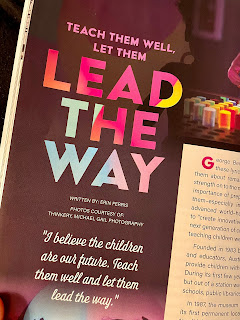 Also, a shoutout to my friend, Kaci, who saved me with photos for the second of these articles - she's now a published photographer! 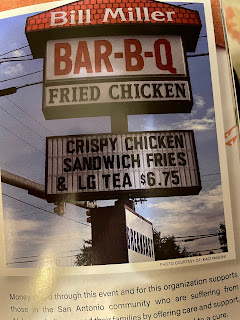 Though I feel a little overwhelmed when I think about trying to balance it all, I'm also excited about the writing opportunities I have coming down the pipeline later this summer and throughout the fall. Hopefully I'll have more details to share next month!

I really wanted to finish two books this month, but I ended up spending a little more time writing than I had anticipated... I did, however, make it through Liane Moriarty's Apples Never Fall. It was a bit of a challenge for me to follow the ever-shifting timeline (one chapter "now", one chapter "seven months ago", one chapter "three months ago", etc.), but beyond that the story was fantastic - an engaging plot, well-developed characters, and an interesting twist! 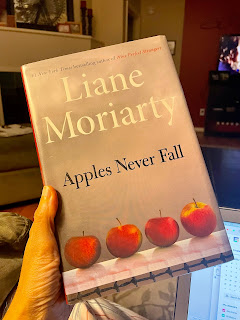 Hallie and I went to see Minions: The Rise of Gru while we were in Wisconsin. Hallie thoroughly enjoyed the movie, but my mom and I (despite finding the movie cute and occasionally funny) both dozed off at least once.

Tom and I, along with his parents, watched Jerry & Marge Go Large on Paramount+. The (based on a true) story follows Jerry and Marge, a salt-of-the-earth couple from a tiny town in Michigan, as Jerry - recently retired from his materials analyst job at Kellogg - discovers a particular lottery game's loophole...one that, if he bought enough tickets, would guarantee a significant payout. The movie isn't action-packed or laugh-out-loud funny, but it delivers just enough suspense to keep you engaged, just enough comedy to keep you smiling, and just enough of a happy ending to make you feel a little better about the world.

We finally dropped our cable and are going to start adding in some of the streaming services we don't already have. Any great recommendations for what we need to sign up for? We have Netflix, Amazon Prime, Disney+, and Hulu and we're thinking of adding HBO Max, Paramount+, and Peacock. We're also setting up an antenna. Is that too much? Too little?

As we drove across the country, Tom and I - and occasionally the kids - listened to Origin by Dan Brown on CD. For those of you familiar with Dan Brown novels, this story centers around his favorite protagonist, symbolist Robert Langdon, and follows a similar formula as The DiVinci Code, Angels and Demons, and Inferno. That said, Origin was easily one of the best audiobooks I've ever listened to - the plot is intriguing (and unexpectedly relevant for both Tom and me with regard to current events) and engaging from start to finish, and the narrator has a pleasant voice and does an excellent job of changing his tone, accent, etc. when different characters are speaking. I highly recommend the book, and if you're taking a road trip, traveling, or commenting and need a story to keep you company, I highly recommend the audiobook. (Note: so you can plan accordingly, the audiobook is 18 hours long. Not a short story...) 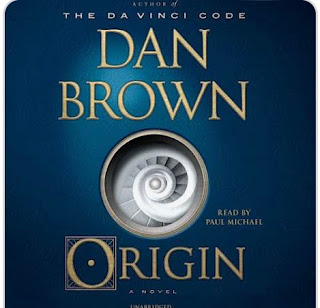 Watching people create art, especially drawings and paintings, is mesmerizing to me. I stumbled upon Camilla Creations on Instagram, and now I can't stop watching her stories in which she paints amazing floral bouquets. (Her paintings are usually on canvas or wooden trays, however she can also transfer her images to planners, notebooks, cards, shower curtains, and jewelry dishes.) She does beautiful work, and sometimes her kitties make an appearances on Instagram as well. 😉 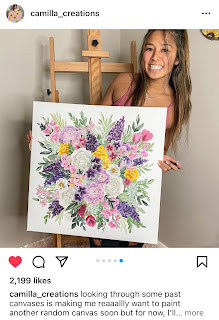 At the recommendation of an influencer I follow, I bought these flip flops from Reef. They aren't cheap, at least as far as flip flops go, but I've discovered that I can no longer buy cheap shoes because I HAVE to have arch supports. They're very comfortable, and they feel a little dressier than basic or "regular" flip flops. Sizing note, if you decide to purchase - I think they run a bit small, so if you're in between sizes, go up! 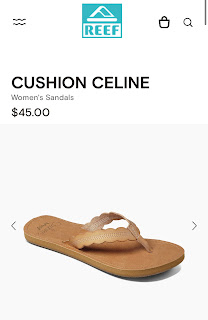 This is actually a recommendation from Will, but given how unbelievably hard it is to buy gifts for teenage boys, I thought it should be shared so other moms of teenage boys can save the link for future holiday shopping. He bought these noise cancelling headphones on sale from Amazon, and thus far he loves them. He had me try them on, and I agree that they're incredibly comfortable and produce great sound. My favorite thing about them, however, is that they have three modes - one of which allows him to still hear me when I'm yelling his name from a few rooms away. 😉

We ate and imbibed far too much on our travels, but OH, did we eat and imbibe well. We can't visit Madison without also visiting Rocky Rococo's Pizza, Greenbush Bakery, Mickey's Dairy Bar, Chocolate Shoppe Ice Cream Factory, The Village Bar or The Laurel Tavern (they're similar, so we only have to dine at one), Hubbard Avenue Diner, the Union, and the farmers market (cheese curds and chocolate croissants), and despite only being in Madison for 6.5 days, we successfully crossed all of these establishments off of our "to do" list. (We also have to find at least one Noodles & Co. and one Culver's somewhere in the Midwest, which we did.)

Because we haven't spent time in Lincoln during the summer months for 16 years, we didn't go in with a lengthy list of places at which we needed to dine, but we did make it to favorites Amigo's and Runza.

I don't have any new recipes to share this month, in part because I didn't try many while on the road and then while settling back in at home, and in part because the two I did try weren't worth making a second time. (One was a crockpot chicken entree and one was a mixed berry pie.) I miss wanting to cook and bake...right now I don't feel like I have either the time to be in the kitchen or the emotional bandwidth to create anything beyond what can be popped into the oven or crockpot directly from the freezer. Maybe next month? 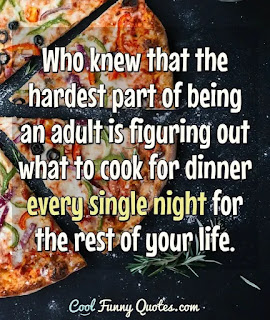 These photos are AMAZING, but the best part about the video of this photoshoot is watching the photographer celebrate when he gets "the shot".

This sports bar - The Sports Bra - in Portland, OR that shows exclusively women's sports on all of its televisions.

You can't watch this woman experience Disney - for the first time and so late in life - without smiling. And maybe crying a little.

Last but not least... "There is a radio station in New Orleans for the blind. Volunteers every day read the local newspaper on the air, along with best-sellers, grocery ads, stories for kids, mysteries, the Wall Street Journal, young adult novels, and much more."