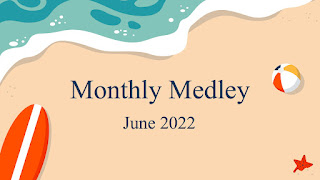 I finished The Family Plot by Megan Collins by the skin of my teeth at the end of the month. I think this book would fall into the category of psychological thriller, as it's about a true crime-obsessed family who reunites to bury their recently deceased father...only to find another body in his grave. The author definitely started with an interesting and creative concept, but the development and execution of this concept was mediocre at best. Much was revealed right away, and then things dragged along until about midway through the book...when the main plot twist was revealed far too early. Things dragged along again...until the second plot twist was revealed near the end of the book. The timing of how information was shared just wasn't quite right - if the first big reveal was letting the cat out of the bag, the second smaller reveal was letting a kitten out of the bag, and that felt backwards to me. That said, it was still an interesting book, especially for those of us who like true crime! 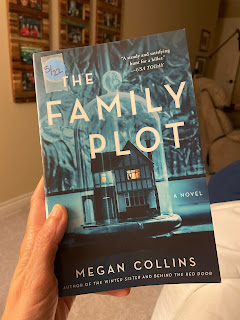 We actually watched a few things as a family - all four of us - this month! First, the Obi-Wan Kenobi miniseries on Disney+. I've never been a huge Star Wars fan, but Hallie and I enjoyed this program as much as our Star Wars-loving boys. Second, Top Gun the original at home, followed by Top Gun: Maverick in the movie theater. The kids were somewhat indifferent while watching the first movie (at least until Goose's death and the action scene at the end), but they came around for the sequel - we all thought Maverick was one of the best movies we'd seen in years. (I'd go so far as to say it was one of the best, if not the best, movie I've seen in a decade. I LOVED it.)

Maverick was also the first movie any of us had scene in the theater since February 2020. Crazy. 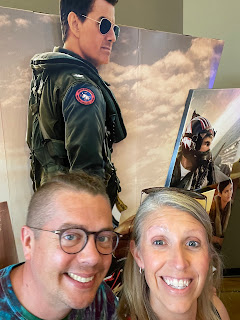 At the recommendation of a fellow true crime enthusiast, I started listening to the first season of CounterClock. Most of the true crime podcasts I subscribe to tackle a new case every episode, but CounterClock delves deeply into one case over the course of an entire season. I think this production style will make seasons two, three, and four perfect for me to listen to on our upcoming road trip! 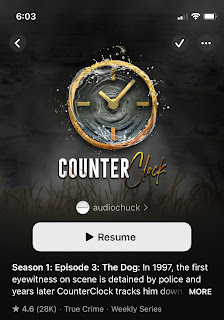 I'm probably going to get flack for this one...but it's July, and Christmas in July is a thing, and so now I'm following Christmas Laurel & Co (@christmaslaurelco). So much of what's happening in the world is making me feel sad and angry and frustrated, and since Christmas isn't, Christmas it is. 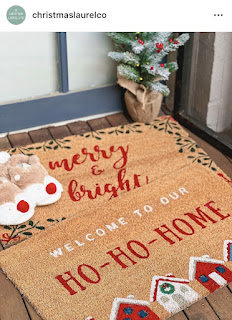 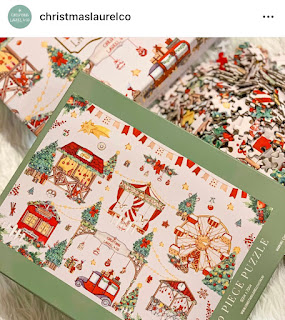 Midway through the month we switched internet providers, from Suddenlink to Frontier. After a somewhat challenging set-up and a random wire running from the front yard, across the driveway, and into the backyard for a couple of weeks, I'm pleased to report that things are now going well. If you're interested in making the switch and would like a referral, let me know!

My mother-in-law has been using these sturdy paper boats for as long as I can remember, but I only started using them at home during the pandemic. (I somehow thought they could only be purchased at Sam's, a store we have but to which I don't have a membership. It wasn't until I realized I could buy them on Amazon that I started keeping them on hand.) I don't think I've ever shared them here - an oversight on my part - but now is the time, as they're PERFECT for summer meals and snacks. Using them definitely cuts down on the number of dishes we need to wash, and depending on what kind of food they carry, they can be recycled!

I popped into Target early in the month to return a purse I'd ordered online, and because I had a few minutes to spare before I needed to pick up the kids, I decided to wander the women's clothing section for the first time in months (years?). I ended up with two simple, easy, and VERY affordable ($12 and $16) summer dresses.

Here's one. I chose this one in gray.

Here's the other one. I bought this one in cream striped. 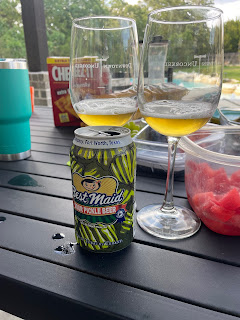 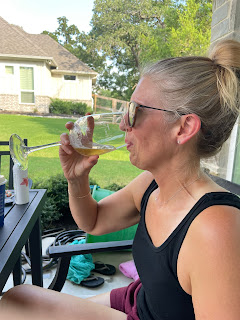 This scene, in which one dog hangs out the window of her car to show another dog her stuffed teddy bear. 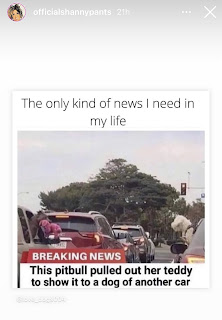 And this story, about an amazing invention: gloves that can turn sign language into sound.

And this story, about a good Samaritan, who stopped to rescue one kitten and ended up with far more than he'd bargained for.

And when I need a good laugh, I watch videos made by this guy, who shows up other people's life hacks.

Cheers to June and on to July, my friends!