The Summit Drives Us

While I wouldn't say that rock climbing has ever appeared on my bucket list, I would say that I've always thought it would be fun to be the kind of person who exercises and recreates in such a cool way. But given that I could never even get off the ground when it came time to climb the rope in middle school PE, I didn't think rock climbing and I would be a good fit.

So when a rock climbing establishment arrived in College Station and a friend invited me and a few others to join her for 1/2 price Women's Wednesday, I said "yes" (wanting to be the kind of person who exercises and recreates in such a cool way) even though I wanted to say "no" (knowing I'm actually the kind of person who can't climb a rope). 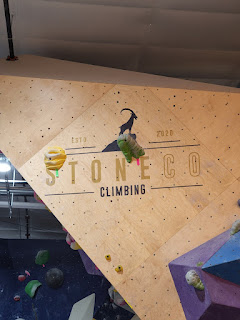 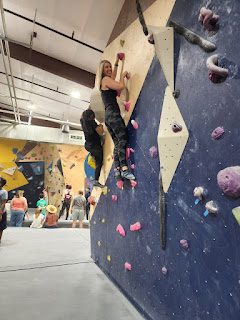 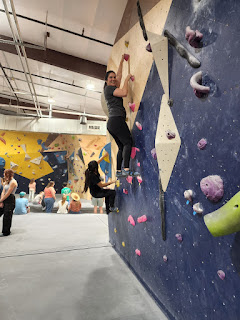 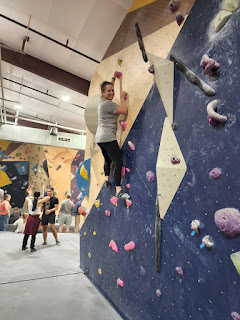 We interspersed climbing "sessions" with beverages, snacks, chatting, and photo taking, appreciating the opportunity to work at our own pace. We didn't feel badly in the slightest when we needed to rest our hands. 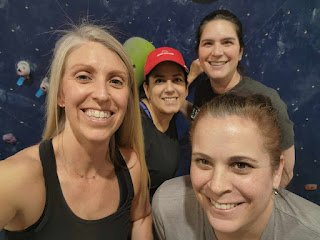 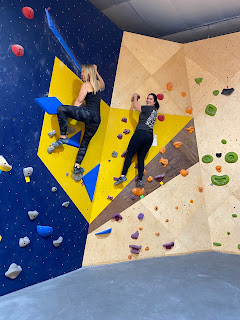 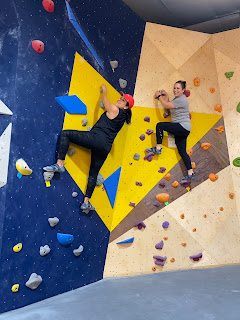 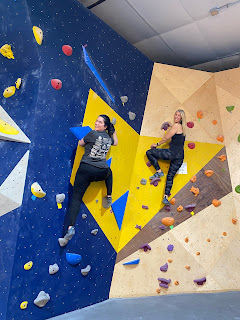 I took Will here with a friend a few weeks after our climbing session and he loved it as well. We're looking forward to visiting again - and perhaps even bringing Hallie so she can become the kind of person who exercises and recreates in this way - this summer!
The summit is what drives us, but the climb itself is what matters.     ~ Conrad Anker
Ok, this quote is a little dramatic for this post, but I like its meaning and how it can apply to other areas of our lives.
Posted by Chasing Roots at 5:00 AM