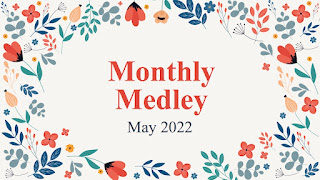 I had to force myself to read in May. The month was SO busy and I was SO tired, to the point that when I did find myself with a moment of down time, all I had the energy for was mindlessly scrolling through social media. I didn't like the way that felt though, so I made the conscious decision to bring my book with me in the car and focus on the story rather than whatever nonsense was playing out on Facebook that day. It worked, and I finished a psychological thriller called The Stranger in the Mirror by Liv Constantine. I usually struggle with the first 25% of a book (I feel like I frequently spend the first 50-100 pages just waiting for the story to get interesting), but in this case, I struggled with the last 25% of the book. The story and the characters were interesting and well-developed, and there were multiple twists and turns that kept me engaged. But with 50 or so pages left, the story went off the rails - I understand where they were headed, but they just took it too far and the ridiculousness of it all was almost comical. I like these authors (Liv Constantine the pen name of two women who write together) a lot, and while this was a great story, they botched the ending. 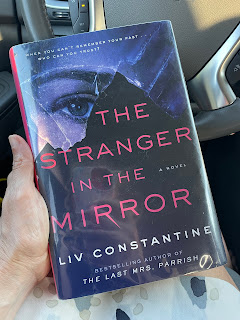 Hallie and I tried a few new shows this month but nothing stuck. Until we found...Major Dad. Yes, Major Dad, from the late 80s - early 90s. I honestly thought she wouldn't want to watch it because the visual experience is so poor, but she loved the premise and likes the characters and so Major Dad it is. (When we're looking for comedy that is. When we're in the mood for a little something heavier, we turn on Gilmore Girls.)

I don't have any new movies or grown up television shows to share - there just isn't time in May to watch much except a few minutes of a sitcom here and there. I have lots of movies queued up to watch this summer though!

I don't have any new podcasts to share this month either. I've been sitting and even walking in silence more this month, because I need a little more silence (and peace...and calm...) come May.

I've watched a couple of episodes of The Home Edit on Netflix, but I didn't feel like I'd seen enough of the show to share it in a Monthly Medley under "Watching" just yet. But I also found The Home Edit Instagram page (@thehomeedit), and I'm enjoying the pretty pictures and organizational tips enough to share in this category. 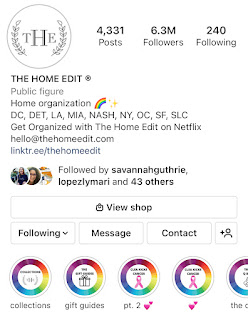 On a whim I bought this stainless steel oven/stove shelf, mostly because I wanted my little salt and pepper cups up off of the counter yet still within reach, and so far I love it. I also put a tiny vase on the shelf, and once I have a tiny flower in the tiny vase I'll take a picture. (Until then you'll just have to check out the Amazon photos.)

I'm also pretty psyched about my new tape measure. (It was a gift, so I can't tell you where it came from. I can tell you, however, that it's ok to be excited about pretty things, even if they're little, if they make you happy.) 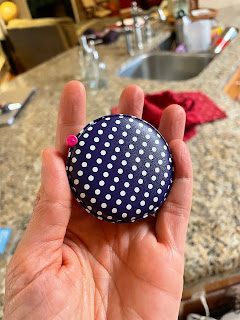 Target for the win! First, this tank top - it fits well, it washes well, and it's VERY affordable. I opted for a medium, as I would say it runs small, and brought it home in four different colors. Second, these pajama pants - they're incredibly soft, and THEY HAVE POCKETS. I'm not a huge fan of the other prints they have available right now, so I'm holding off until the next season to pick up my second pair.

I have a new favorite summer brew - Shiner's Ruby Redbird. It's light and fresh, and it tastes like summertime. 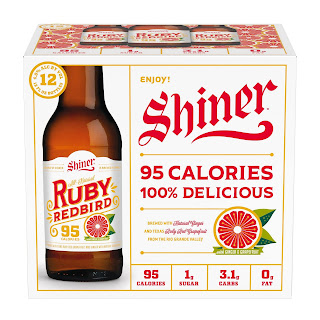 I actually tried a couple of new recipes this month but none were worth sharing. Back to the drawing board recipe box ... 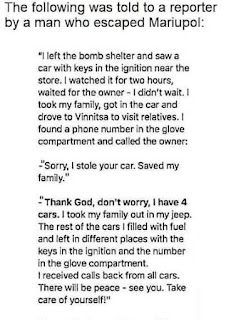 That's a wrap on May!