A Dream Come True. Sort Of.

When we first moved to College Station, I house hunted using a handful of criteria: school attendance zones, walkability (walkability is kind of a joke here, as basically none of the neighborhoods in CS were built with this feature in mind, but I kept the factor on my list), number of bedrooms and bathrooms, and whether or not the home had a pool. At the time I had a newly four-year-old and an almost-two-year-old, neither of whom could swim, and I knew that having a pool - even if it were fenced, even if it were covered, even if we had door locks and sensors - would translate to unending stress and anxiety for me.

Fast forward nine years since we bought our current house... We now have a 13-year-old and an 11-year-old, both of whom are excellent swimmers. Texas summers have taught us the true meaning of the word "hot". Both kids still want to spend time at home - and want their friends to spend time at our home - and I want to keep it that way. Enter: a pool.

At the beginning of this year I started talking to a pool company here in town, mapping out with them what the process would actually entail. As with any big decision, I started weighing the pros and cons, and in this situation, there are certainly negatives. We have a large lot, but because we live on a corner and because of where our fence has to sit according to HOA rules, our backyard isn't huge and a pool would take up most of our grassy area. Additionally, because of how our lot, backyard, and driveway are situated, the process would all but destroy and then require almost complete restoration of our side yard, back yard, sprinkler system, and some of our fence. Finally, in-ground pools (and hot tubs - that add-on would of course be for Tom, seeing as I dislike hot tubs) cost A LOT of money.

At the point quarantine hit, I had been trying - unsuccessfully - for a couple of months to convince Tom that we needed a pool. I decided to back off, thinking that my arguments in favor would be better received come July, when the temperature outside makes all of us want to crawl out of our skin. Meanwhile, I also decided that if May arrived and we were still quarantined, I would split the difference between not buying a pool and buying a pool by buying an above-ground pool. Less of a commitment, less work, less money. And so on April 28th and with no end to quarantine in sight, I pulled the trigger. Two days later the pool arrived, and a day after that it was set up, filled, and appropriately chlorinated on our patio. 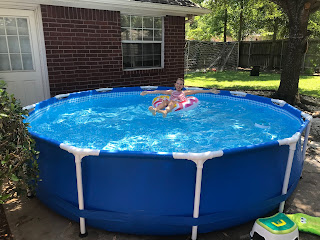 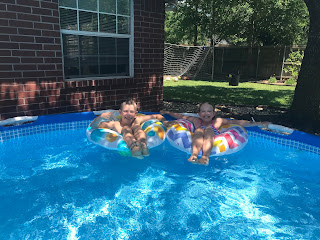 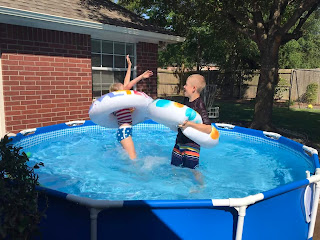 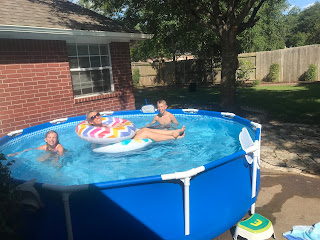 It's not huge - 12 feet in diameter and almost three feet deep - but it's amazing, the kids LOVE it, and last week I heard Tom say "it sure is nice it is to have a pool in the backyard". Crossing my fingers this purchase is the gateway to the real deal... 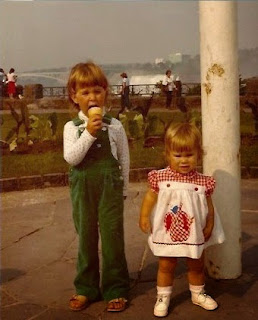 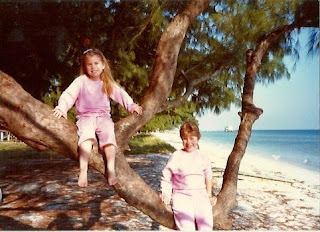 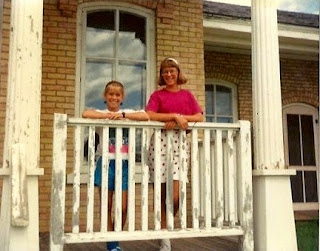 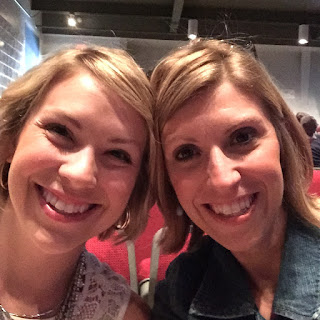