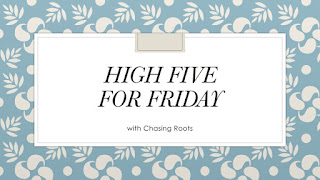 One
Last week was Dad Dancer Week at Hallie's dance studio. The ballet program of which Hallie is a part doesn't participate in Dad Dancer Week and Hallie recently swapped out Modern in favor of a new ballet class, so Tom's calendar included only Tap, Jazz, Company, and Contemporary. He made it to Company and Contemporary, where both he and Hallie had a wonderful time and he didn't injure anything! 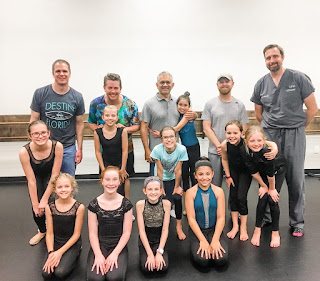 Two
The bigger high five related to Dad Dancer Week, however, belongs to Will. When Tom came down with a short-lived stomach bug, Will graciously agreed to step in and go in Tom's place. He participated fully, and actually enjoyed himself a little.

The following morning, as Hallie was heading out the door for school, Will yelled goodbye to her from the other room. She stopped, turned around, ran through the living room, and gave him a big hug while thanking him for coming with her the night before. He told her he'd actually had fun (but that dance couldn't replace soccer), and that he was glad they were able to go together.

Three
After a six-day break from middle school sports (but not a break from club sports - during those six days "off" Will had seven soccer practices/games), Will transitioned from basketball to track. As of right now he plans to compete in the 800 meter, 400 meter, and 4 x 400 meter relay races, but I wonder if he might start gravitating toward the longer distances - the 1,600 and 3,200 meter races - after he settles into the season. I'm less excited for track than I was for cross country and basketball, primarily because track meets last for HOURS, but I'm proud of Will for hitting the ground running 😂 with this new sport!

Four
We don't go overboard, but we still like to celebrate Valentine's Day in our own small, special ways.

Hallie and I wore matching shirts and stopped for Sonic slushes after school and on our way to dance. In honor of Galentine's Day, I enjoyed a prosecco and charcuterie board lunch with friends. Tom accompanied Hallie to contemporary as part of Dad Dancer Week. And once we all arrived home for the evening, the kids and Tom took on my annual Valentine's Day scavenger hunt to find their holiday gifts and we enjoyed our traditional spaghetti, salad, french bread, and skillet chocolate chip cookie dinner. 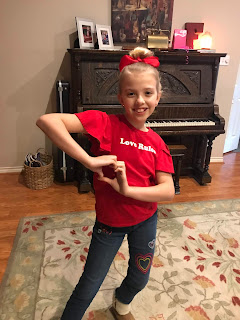 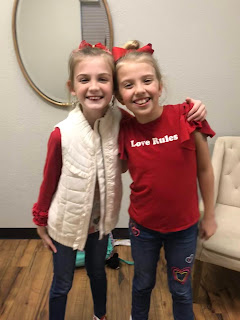 Happy belated Valentine's Day, friends. I hope you were able to spent time with the ones you love.


He's slowed down a little, now that he's all grown up. But he still spends his nights with Will (or roaming around the neighborhood) and his days sleeping on Will's bed or on the chair in our room, pees and poops outside unless he's mad at us and/or we're out of town, and loves to ride on my and Will's shoulders. 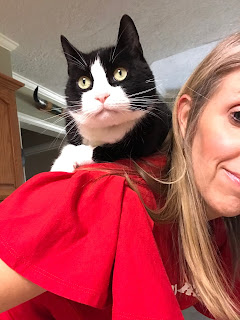 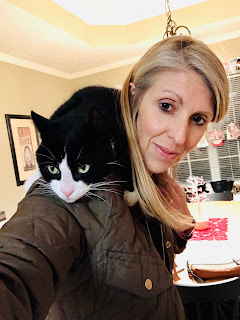 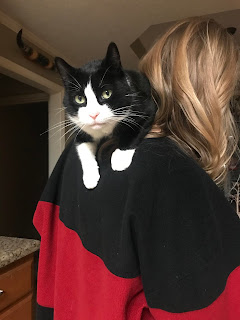 He winds around my legs, meowing loudly and repeatedly, until I squat down. Once I do, he jumps on and makes himself (somewhat) comfortable. He may make me get up and let him out at 5am, and he may pee on Tom's pants when he leaves them on the floor of the closet, but we really do love him.

Six
A bonus high five: this sweet boy - the caboose on the train of Mueller cousins - turned seven years old this week. We love you, President Carter! 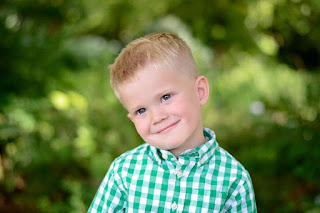