Writing
Nothing new to report here - just chugging along on articles for my usual publications.

Reading
I don't quite understand how it happened, but I finished three - THREE - books in September!

First, The Cheerleaders by Kara Thomas. I found the book in the library's young adult section, but it had an interesting (and seemingly adult) premise - five high school cheerleaders all meet their demise in different ways but within a short period of time - so I decided to give it a try. The plot kept me engaged and didn't require me to think much; the writing was even simpler than what I have come to expect in young adult novels, and I cruised through the story in record time. 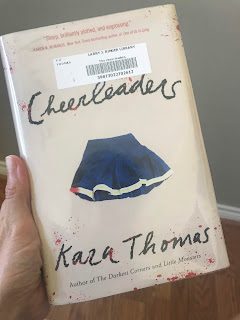 Second, The Break Down by B. A. Paris. This mysterious novel, about a woman who begins to spiral downward after coming too close a murder, started off with a bang, and after dragging a little in the middle, rapidly picked up speed until its incredibly satisfying ending. I highly recommend it, as well as the third book I read, The Dreamers by Karen Thompson Walker. 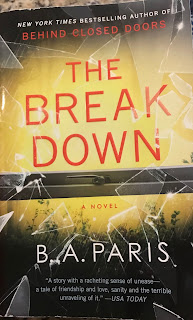 The Dreamers is also a mystery, but not typically so; it focuses on "an ordinary town transformed by a mysterious illness that triggers perpetual sleep". The premise - an illness infecting a large population and making them behave differently - is not new, but the simplicity of the illness in that it caused only sleep and, we eventually learn, heightened dreams rather than violent behavior and/or quickly deteriorating health, kept me genuinely intrigued. There were definitely a few loose ends, but I could overlook them simply because I enjoyed the story and wanted desperately to find out how the book would end. 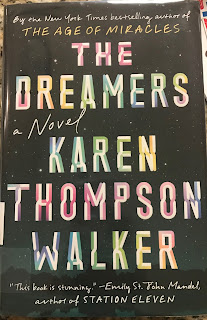 Watching
After finishing up the current seasons of Kids Baking Championship and America's Got Talent, Hallie and I needed a new show to tide us over until Netflix releases the fifth and final season of Fuller House. We took the recommendation of a friend of hers and started Liv & Maddie (also on Netflix, by way of Disney Channel), and I have to admit, I really enjoy it. Dove Cameron, who plays both title characters, does a fantastic job in her dual roles, and everything else about the show - the quirky but lovable parents, the annoying younger brothers, the unique and endearing friends, and the setting (small town Wisconsin) - reminds me in the best ways possible of the shows I used to watch on television when I was 10 years old. Hallie and I have nearly finished season one, and I'm glad there are quite a few seasons ahead of us.

When I'm not watching television with Hallie, I have been sampling an assortment of this fall's new shows. So far I have enjoyed the new shows All Rise, Emergence, and Bluff City Law but I don't think I'll add Perfect Harmony or Evil to my line-up. I remain a fan of Grey's Anatomy (I can't quit on Meredith), The Resident, New Amsterdam, Modern Family, Bull, FBI, God Friended Me, This Is Us, A Million Little Things, and Law & Order SVU (I can't quit on Olivia either), but I finally ditched How to Get Away With Murder - I just can't follow what's going on over there anymore. What are you enjoying this fall?

Listening To
I know I've talked about the podcast Breakdown in the last couple of monthly medley posts, but this month I listened to season five and am here to officially declare it the best season yet. If you need something interesting to get you through a long drive or a lonely hour on the elliptical at the gym, give this podcast a try!

Next up on my list: The Lazy Genius Collective. I'll keep you posted!

Wearing
I stumbled upon a couple of solid finds at Target this month. First, these pajama pants. I have a similar pair from Banana Republic, but this pair costs a third as much and feels almost identical. Second, these shoes. I've had foot problems for years, so I have no choice but to be picky about the shoes I purchase. Unfortunately, this often means spending more on shoes than I'd like (no $1.99 flip flips from Old Navy for my old lady feet), so I was pleasantly surprised to find that these sandals fit well, provide decent support, and cost what Target shoes usually cost.

Using/Trying
I felt compelled to give Mighty Patch pimple patches a try, even though I had doubts about their effectiveness. I'm so glad I gave them a shot, because they did exactly what they claimed they could/would do. I won't go into detail here because that's gross, but you can read more about them here! 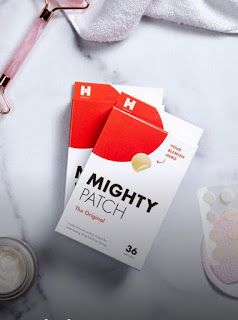 Every night at least two of the four Ferri can be found icing an achy, sore, or injured body part. We had a few ice packs from Walgreens and Amazon, but there were plenty of body parts for which they didn't work because they weren't flexible enough, or moldable enough, or big enough. And then one night Tom came home from an evening out with an assortment of new ice packs - "Comfy Corn Bags", made by the wife of one of his friends. I was skeptical at first, but once I tried them out on our problem areas, I was sold. (I should mention that they can also go in the microwave for those times when heat will work better then cold.) I ended up giving away our four original corn bags to family members who liked using them, so over the summer I purchased four new corn bags in fabrics I love. I also gave one to a friend as a "thinking of you" gift, and have two more in my holiday/present closet, waiting for that time when a friend needs a little pick-me-up. 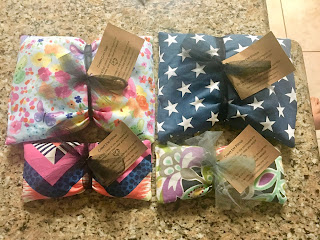 I highly recommend these corn bags - depending on the fabric you choose, they're either cute or lovely, and they're also well-made, affordable, and effective. Check out the Counting Joy Times Three Facebook page here!

Eating/Drinking
Lots of good recipes to share this month!