June in a Blink of an Eye

The last two weeks of June passed by in the blink of an eye. (Actually, all nine weeks of summer vacation have gone by incredibly quickly.) We had lots of fun with friends, tried a few new activities, enjoyed some of our favorite pastimes, and crossed a handful of to-dos off our list (think summer school, orthodontist appointments, doctor appointments, sports paperwork, medical paperwork, etc.), all while preparing and packing for our month-long trip to Wisconsin.

Highlights from those two weeks didn't fit well into the blog posts I wrote throughout the second half of June, so I decided to give them their own post this month. I wanted to capture the memories for memory's sake, but I also hope wanted to share - especially with those of you with kiddos around the ages of mine - some fun ideas for later this or next summer!

We continued our Saturday morning surprise excursions through the end of June. On Saturday #3, I took the kids to the Aggieland Humane Society. We talked to the office staff (not the friendliest folks around - I suspect they prefer interacting with animals over people) about volunteer opportunities, walked the grounds, and visited the different animal buildings. The kittens were without a doubt the kids' favorite part of our outing, and I think all three of us could have taken up permanent residence in the cat house. It was a feat of will not to come home with multiple new pets. 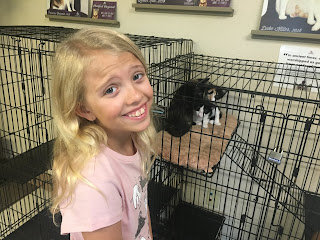 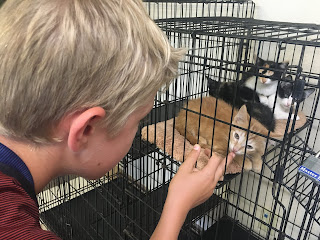 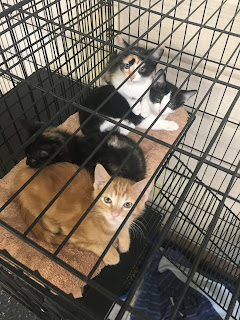 The avalanche of gratitude from both kids and the tears of joy Hallie cried when we pulled out of the parking lot reminded me that spending money doesn't necessarily translate to bigger or better memories.

On Saturday #4 we road tripped with friends to The Woodlands for a day of fun at the Rob Fleming Aquatic Center. (Well, the moms and kids spent the day at the aquatic center. The dads went disc golfing.) We visited this pool a few years ago, but as neither kiddo remembered that trip, I decided it still worked for a Saturday adventure. Though the drive takes almost 90 minutes, the trek is worth it - at least once a season - to enjoy this venue. They have a water slide, lazy river, water play structure and splash pad as well as a basic swimming pool. The lounge chairs are comfortable and plentiful, they sell Chik-fil-a at the concessions stand, the entire facility is incredibly clean and well cared for, and the lifeguards are some of the most well-trained I've observed in my years of watching lifeguards.

We were having too much fun to take photos of the kids, the moms, or the dads, so I snapped these two pics (which are sadly missing many in our group) on our way back to the car. 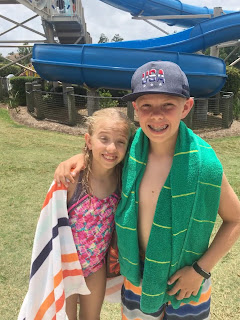 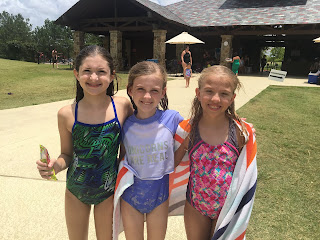 Will spent the last full week of June at camp. I have mentioned Education in Action's Lonestar Leadership Academy before, but I have to mention it again - I can't say enough good things about the faculty, staff, and opportunities associated with this organization. Will returned home from these three years/weeks having benefited as kids typically do from summer camp: with new friendships, better able to care for and regulate himself in the absence of his parents, and finally capable of writing and mailing a letter. But he also walked away with dozens of fascinating educational experiences, increased confidence, community service goals, and vastly improved leadership, ranging from concrete skills like a firm handshake and how to introduce two strangers to one another to more abstract concepts like influencing and guiding others using positive social influence rather than power. To be clear, Will remains a 12yo tweenager with A LOT to learn, but I know this camp has given him a strong foundation on which he can build as he enters middle school.

Last but not least, Hallie also spent the final full week of June at camp...Drama Kids musical theatre camp. Three weeks prior, she auditioned - she sang Naughty, from Matilda the Musical - and was awarded the role of Dorothy in the camp's production of Wizard of Oz. For the next 21 days we learned and practiced lines (SO.MANY.LINES) so that when the first day of camp rolled around, she was ready to go. I had no idea how the camp director would in five days pull together a 50-minute musical starring 20 elementary- and intermediate-aged children (many of which had no musical theatre experience) in five days, but somehow she made it happen. Hallie and her bestie Avery, who played the lion, said this camp was the best they'd ever attended and can't wait to audition and participate again next year. I think they were bitten by "the bug"... 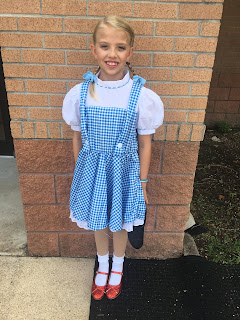 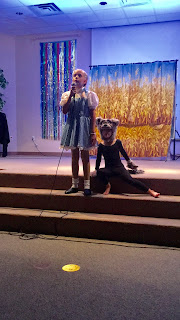 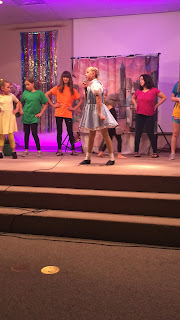 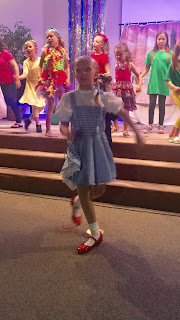 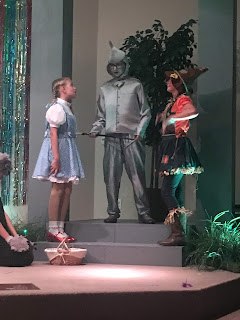 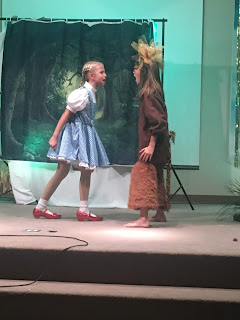 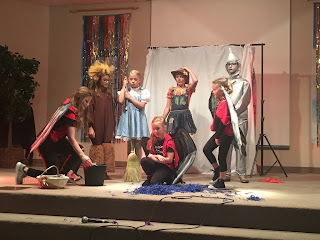 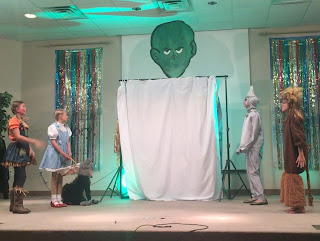 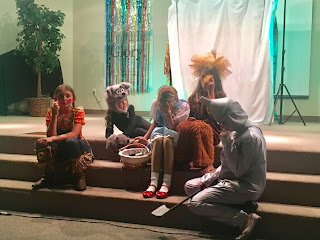 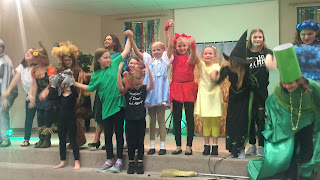 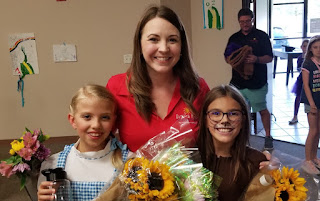 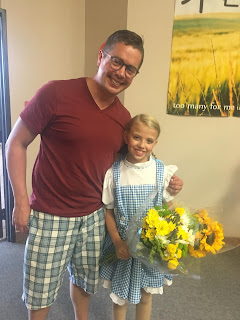 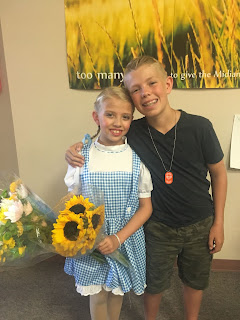 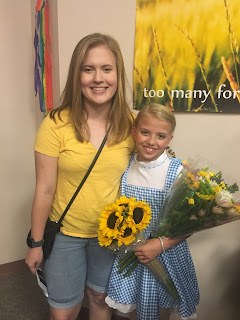 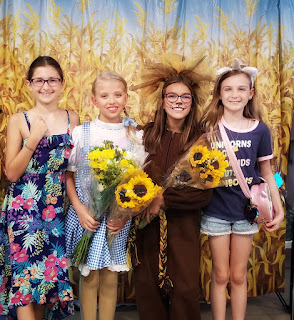 (Sorry there's no video of "Somewhere Over the Rainbow" - I couldn't get it to load.)

Happy summer, friends!
Posted by Chasing Roots at 5:00 AM