I've mentioned the World Cup a few times recently, but given the United States Women's National Team's (USWNT) recent history-making tournament victory, I think I can devote a short post to this incredibly talented team, its fearless (figurative) leader, and its biggest fan.

My boy loves the USWNT. He respects and admires these athletes and threw absolutely every ounce of his support behind them on their quest for World Cup glory. Watching him invest himself in and learn from every single match, player, victory, and defeat made my mama heart swell.

He also loves Megan Rapinoe, star forward on and captain for both the USWNT and Reign FC. (When Will had longer hair he looked quite a bit like Megan, so twice he even went to Halloween soccer practices in costume - wearing one of his four official USWNT uniforms - as her.) As a soccer player, she exemplifies hard work and perseverance, supports her teammates on and off the field, and plays the game with both her head and her heart. As a human being, she stands for equality and inclusion, is unapologetically authentic, and isn't afraid to laugh at herself. Oh, and she's tough as hell in both arenas. I can't help but look up to her myself.

Megan struck her famous post-goal pose before we left for vacation, so in honor of both her and the USWNT, Will borrowed her pose and recreated it in as many places as possible during our travels. 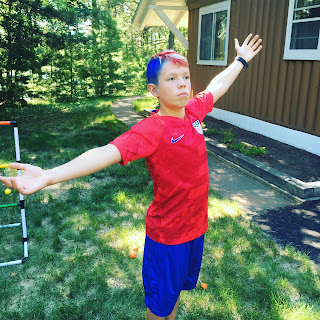 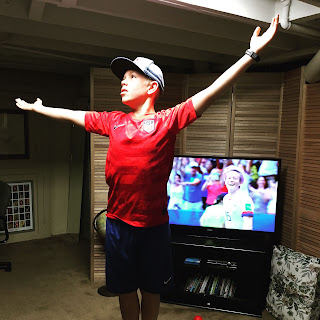 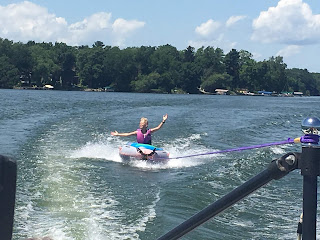 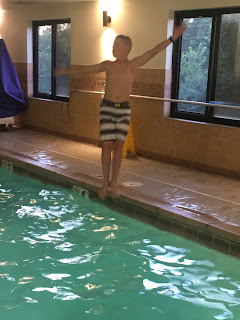 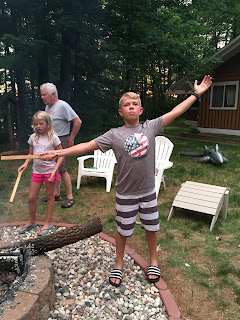 He believed that we could win. And he was right.
Posted by Chasing Roots at 5:00 AM