Writing
I have articles in the December and January issues of Texas Living Magazine, have knocked out five short articles for the neighborhood magazines to which I recently started contributing, and started writing my first article for Roots and Lace. December was a good month!

Reading
I read - and enjoyed - The Lying Game by Ruth Ware. I have heard her novels described as psychological crime thrillers, and while this story started off a little slow for my taste, it definitely picked up speed throughout and ended with a satisfyingly massive bang. 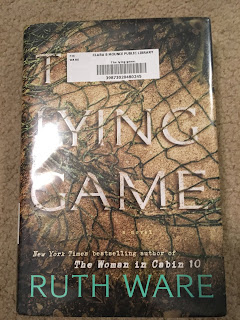 The kids and I visited the community library in Bryan on a dreary day last week, so all three of us are once again stocked and ready to delve into our fictional worlds! 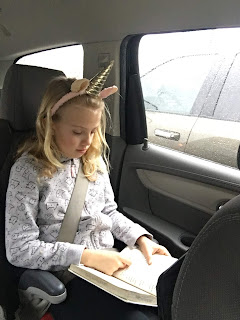 Watching
Fuller House, anyone? I just adore this show, both because it brings back such fond memories of my own childhood (eating pizza, drinking orange juice, and watching TGIF with my family on the hide-a-bed every Friday evening) and because Hallie loves watching it with me.

Beyond Fuller House, we watched mostly our holiday favorites in December: Home Alone, Home Alone 2, Elf, and...Clue. It wouldn't be Christmas without a viewing of our favorite murder mystery, and this year's showing was particularly fun because we let Will watch for the first time. 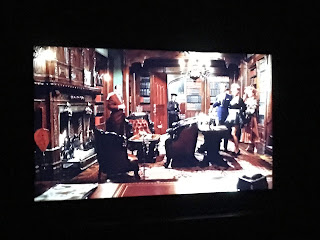 I just realized I haven't watched Love Actually yet this season...I'll add that to my to-do list for January.

Listening To
I find myself in something of a holding pattern with my podcasts right now - I'm caught up on almost all those I listen to regularly, and I haven't yet found a new winner. My list of podcasts to try includes Homecoming, Casefile True Crime, and A Murder on Orchard Street.

Wearing
Anyone else having a hard time transitioning back to regular clothes after Christmas break? I wore (almost exclusively) pajamas, leggings, sweatshirts, and athleisure attire for two weeks straight, and having to put on clothing with zippers and buttons made me a little sad.

I picked up these deeply discounted athletic shoes at Marshall's in Madison over the break. They are perhaps more fashion-oriented than fitness-oriented, but with the addition of my arch support inserts, I know I'll be able to wear them for at least a few miles at a time. 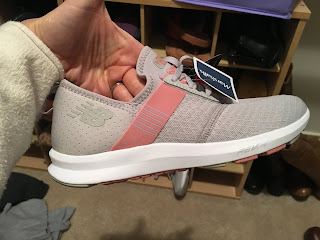 My sister bought me these Stella and Dot earrings for Christmas, and they're just so fun - what a great idea, creating one product that can be worn so many different ways!

Trying/Using
As I do almost every late December, over Christmas break I reignited my love for puzzles. With a little help from others here and there, I finished three 1,000-piece puzzles, one of which I plan to hang onto to assemble again next December.

Eating/Drinking
As I mentioned in my Christmas Recap post, I did A LOT of baking in December...and many of those recipes ended up in the winners column. Here are a few that went over well with my people! 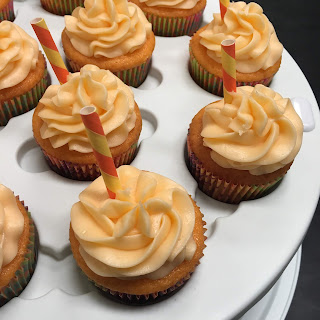 How as your December? Anything fun or new to share?
Posted by Chasing Roots at 5:00 AM