One
As a little girl I couldn't sleep over at friends' houses. I would panic as soon as others began drifting off, I think because I was afraid to be the only one awake in the house. I tried as hard as I could, both to fall asleep and then to stay calm when sleep eluded me, but eventually I would give in to the tears, find the mom of the house, and ask her to call my mom to come pick me up. This happened quite a few times, until I reached the sixth grade and successfully stayed over at the home of an extremely good friend with whom I could be honest about my sleepover challenges.

Fast forward to Will and Hallie sleeping over at friends houses; both had their first sleepover around age seven and neither have ever had a significant problem. Until last weekend... While we (me and my friend/Hallie's friend's mom) are not entirely sure, we think Hallie fell asleep around midnight but then woke up a little later - after a long enough "nap" that she couldn't fall back asleep - and started to panic. My friend did her absolute best and went above and beyond to help Hallie through her crisis (at 2AM!!!), but Hallie cried so much that eventually she started to feel sick and there was just no saving the night. I picked her up at 3am, took her home (where she still couldn't fall asleep for another hour), and wrote that sleepover off as bad luck.

The high five in this lengthy story, you ask? Friends who do their absolute best and go above and beyond to help your kids through their crises, especially when those crises happen at 2am.

Two
While Hallie slept over attempted to sleep over at her friend's house, Tom and I took Will to College Station's new Brazilian steakhouse. I didn't really want to bring Hallie (I knew she wouldn't eat anywhere near enough food to justify how much it costs to basically just walk through the door), so her playdate on an otherwise leisurely Thursday night created the perfect opportunity for us to take Will out on his own. Tom and Will both tried all 10 cuts of meats, and I think I tried eight, about six of which I enjoyed. I liked the massive salad bar more than anything else though, so if we ever return, I would consider purchasing only that...along with a glass of their delicious Riesling, of course.

Three
Tom and I enjoyed our last weekend before we headed back to work/school (with the exception of the last two hours, but that's another story for another time), but Hallie's weekend took the cake: on Friday she and two friends went indoor skydiving in Houston, on Saturday she got her ears pierced (again), and on Sunday she jumped her heart out at our local indoor trampoline park. Minus one tweenager snafu (yet another story for yet another time), Will also had a great weekend: he had two friends over on Friday, met two friends at the park on Saturday, and went to another friend's house on Sunday. High five for a fantastic finale to our winter break! 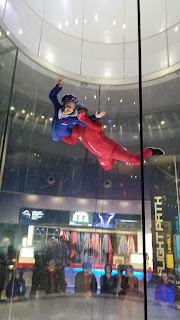 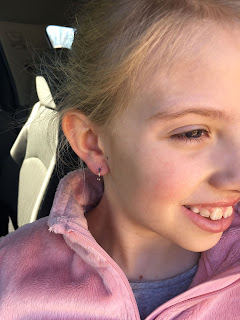 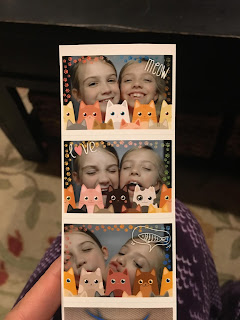 Four
We kicked off our second semester with a pretty full week, so as much as I love soccer, I couldn't help but appreciate that Will's spring season doesn't start until this coming Monday. The extra week of slightly less crazy evenings helped us get ease back in a little more smoothly!