Writing
Having never heard of the Buffalo Soldiers (at least by name - I knew the United States Armed Forces had at one point created exclusively African American military units), I found writing an article about the Buffalo Soldiers Nation Museum in Houston particularly interesting. I sent the article off midway through the month and can't wait for it to come out in February or March. Now I've moved on to writing about the three Presidential Libraries and Museums - those honoring the legacies of Lyndon B. Johnson, George H. W. Bush, and George W. Bush - in Texas!

Reading
I'm in a bit of a panic because come November 5th, my public library will close for SEVEN MONTHS. The building has been under construction for months already, and in order to finish what I believe is a massive expansion, the library must shut down completely until next June. It may be time for me to finally figure out the Kindle app on my phone or how to check out e-books.

Speaking of the library, they once again made me return a book I hadn't finished. As much as I wish I could make it though a book a week, most of the time it takes me closer to a month...and the library only lets me keep books for 21 days. I put my name on the request list for the second time, hoping I make it back to the top before November 5th!

Watching
Anyone else LOVING this season of America's Got Talent?! Will, Hallie, and I look forward to Tuesday and Wednesday nights every week and have at least 10 acts we'd like to see win the competition. Oh, and I'm down to crying only two or three times an episode, so I think we can call that progress.

The kids and I only watched one of the many movies we wanted to see in August: Hotel Transylvania 3. I found the film funny and cute, but not as engaging or clever as the first two in the series, both of which I've seen many times.

Now that September has arrived, I have begun counting down to the television season and series premieres at the end of the month. Will and I are both looking forward to the new show Manifest, and I plan to try the new show A Million Little Things.

Listening To
Though somewhat short - the full season runs just seven episodes - Cover Up by PEOPLE Magazine delves deeply into mystery of what happened at Chappaquiddick, when Senator Ted Kennedy's car went off a bridge, plunged into the waters below, and took with it the life of Mary Jo Kopechne. Though nearly every aspect of this story can be considered disheartening, frustrating, or appalling, I enjoyed this true crime investigation. I plan to follow up the podcast by watching the movie Chappaquiddick, and I hope Cover Up comes out with a second season in the near future! 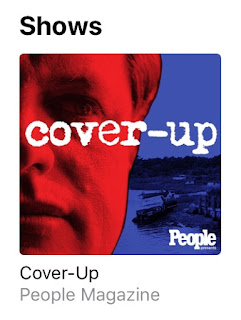 Wearing
August and September are tough months for me clothing-wise. I wear mostly workout clothes and swimsuits/cover-ups throughout the summer, but when the kids head back to class and I spend more time in their schools, at dance classes, at soccer practices, and running errands (basically out in public where people will see me), I try to go back to, you know, showering, styling my hair, and wearing clothes that don't have elastic waistbands. Except by this point in the year, I am OVER my summer wardrobe and don't want to wear anything. Anyone else?

So instead I'm talking about glasses...because about a month ago I starting seeing college students wearing the exact same style of glasses I wore in third, fourth, and fifth grade. The trends always cycle back around...even if they shouldn't. 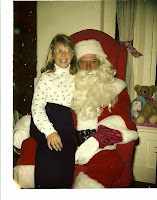 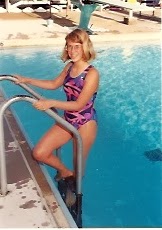 Trying/Using
A couple of weeks ago the kids and I rode our bikes to Spoons. The route we take is about 3.5 miles one-way and involves crossing a couple of busy streets, but now that the kids are good (Will)/decent (Hallie) bikers and have high quality bikes (thank you, Grandma and Grandpa), the ride is fairly easy. So easy, in fact, that when we headed out I decided to take only a few dollars to buy our frozen yogurt and left my phone at home because I didn't want to carry it and was certain we wouldn't have any problems.

After finishing our frozen yogurt we hit the road for home. About three or four blocks from Spoons, I watched as Will - who was 30 yards ahead of me - suddenly went down off the side of his bike. He hadn't crashed, but also hadn't climbed off his bike gracefully. Hallie and I caught up and discovered that his rear tire had completely exploded. Oh, what a time not to have a phone.

I considered all of my options: walking back to Spoons, walking to a friend's house, stopping a stranger, splitting up to ride home, etc. But because 1) Will's bike wouldn't roll AT ALL, 2) Will's bike weighs a ridiculous amount, 3) there was nothing nearby to which we could lock Will's bike, and 4) there were no other people crazy enough to be out walking or biking on that 100+ degree afternoon, I decided my best option was to send Will home and wait with Hallie and Will's bike for Tom to come pick us up. Will's legs weren't long enough to ride my bike (and you need a tool to adjust the seat height), so he had to ride Hallie's pink and purple bike with the seat at the lowest level (again, you need a tool to adjust the seat height) all the way home and across both busy streets by himself.

Meanwhile, I carried Will's bike to a teeny, tiny patch of shade on top of a sewer grate a block away, and then Hallie and I tried not to think about the heat while we wait for the boys to return.

Thankfully Will made it home AND remembered where Hallie and I were waiting. And on Monday evening Tom came home with a smartphone holder for cycling, which will now go with me whenever I ride my bike.

Speaking of phones, I  swapped out my old phone case for this one: 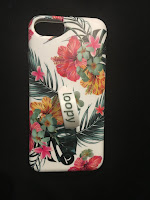 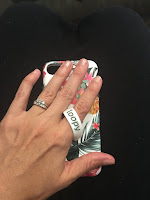 The new case has a few flaws - the finger hook keeps the phone from fitting well into holders and the pants of my pocket - but I love how easy that same finger hook makes carrying the phone. Definitely a worthwhile purchase!