The finish line is coming into view, y'all...just one insanely crazy weekend with company coming from Wisconsin/Illinois and three dance recitals, followed by three days of school. We.Can.Do.This.

One
After three nights of intense tryouts, my boy earned himself a spot on the Cavalry 06 Black soccer team. The stress I feel as the parent when my kids participate in these evaluations - tryouts and auditions - is so much worse than what I felt decades ago as the middle/high schooler being evaluated, and I'm so grateful we're done until Nutcracker auditions in August! 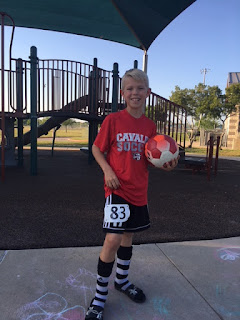 Two
With the exception of dancing together in the finales of three dance recitals this weekend, Hallie and her Mini Company friends have taken the stage together for the last time this year. 😭 Hallie wouldn't be where she is today - as a dancer or even as a little girl - if it weren't for Ms. Christi and these sweet friends, and I will always be grateful. 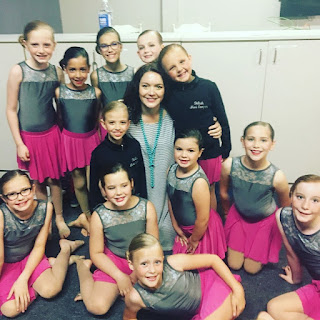 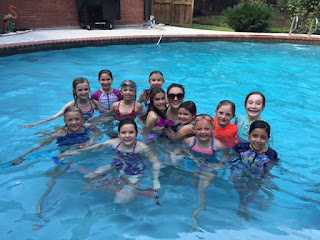 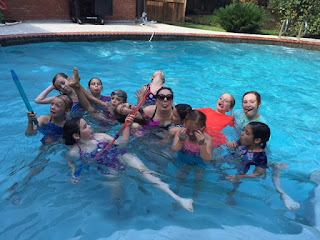 Three
Tom traveled for work all week, and in his absence the kids and I did our best to fill the empty space with a few special activities. Our collective favorite was a bike ride that started in blazing sun (I even covered all of us with sunscreen before we left home) and ended stranded at the park in a torrential downpour. At one point the rain, thunder, and lightening became so intense that we took cover under the pavilion, but when the severest of the weather had passed we headed back out into the rain to embrace the wet and ended up having a blast playing basketball and swinging and sliding on the playground equipment. It probably won't rain again here until next February - our forecast reads "hot and sunny" until the end of time - so I'm thrilled we could take advantage of this little gift from Mother Nature. 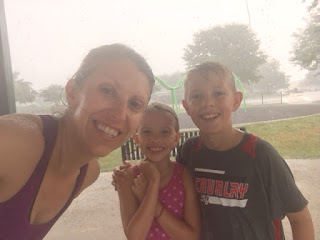 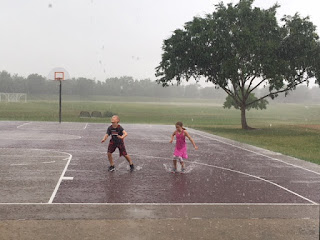 Four
Did you watch the Royal Wedding? I didn't get up at 4am on Saturday morning, but I did record NBC's 271 hours of coverage so I could watch the highlights at a more reasonable hour. Turns out both kids wanted to see what all the fuss was about too, so we made pink lemonade and drank it out of Grandma Hallie's china while enjoying Bishop Michael Curry's sermon (my favorite part), Sheku Kanneh-Mason's cello performance (Will's favorite part), and the vows (Hallie's favorite part). 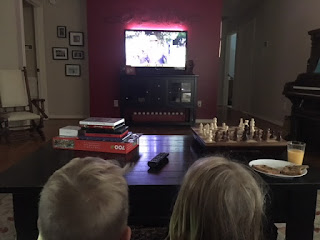 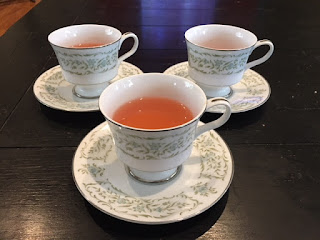