Writing
I'm finally back into the swing of things! Well, sort of. I wrapped up a resolutions post for Mama Bear Dares and a restaurant overview post for Texas Living Magazine, and now I'm trying to figure out how I can turn what I know about emergency and disaster preparedness into a helpful online resource for moms. I'll keep you posted!

Reading
This month I finished reading Good as Gone: A Novel of Suspense by Amy Gentry. "After eight long years, an abducted daughter suddenly reappears harboring deep secrets. Her mother wrestles with the ultimate question: do I really know my daughter?" I don't usually select books about kidnapping - no need for my mind to wander to those dark places - but this book came highly recommended by another mother and I could tell just from reading the jacket that this story wouldn't trouble me quite as much as some others. I have heard Good as Gone compared to Gone Girl and The Girl on the Train, and while I enjoyed losing myself in its mystery, Good as Gone didn't keep me up reading late into the night the way both of the other two novels did. I give it a "B-" grade. 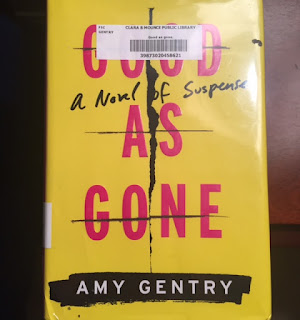 Watching
I generally consider August the least interesting month of the year in terms of both television and movie viewing. Because television networks and movie production companies are focused on their upcoming fall and holiday releases, they show primarily reruns and less-anticipated movies as summer fizzles out. That said, I found great pleasure in watching the Twilight Marathon while Hurricane Harvey kept us indoors, the Harry Potter Marathon over Labor Day weekend, and the delightfully charming The Holiday, all of which I hadn't watched in years.

Last but not least, I have fallen in love with The West Wing. It took a few episodes for me to "attach" to the characters, but now I adore them all and eagerly look forward to spending time with them every night after the kids finally fall asleep.

Listening To
I usually listen to podcasts while I 1) get ready in the morning and 2) go for walks. But because in August I 1) rarely get ready for anything other than going to the gym and 2) don't go outside, I have been falling behind, rather than catching up on, my podcasts. I have a new podcast I plan to start this month though: LeVar Burton Reads. Yes, that LeVar Burton will choose pieces of short fiction and read them to me. And to you, if you'd like. I can't wait!

Other than that, in August I have only listened to Will play "We Wish You a Merry Christmas" on the piano. I love Christmas as much as - if not more than - the next person, but OH MY GOODNESS I appreciated the quiet when he walked out the door on the first day of school.

Trying/Using
Have you tried this toilet bowl scrubber? I won't go into too much detail, but I will go so far as to call it life changing. Get one. Or three. 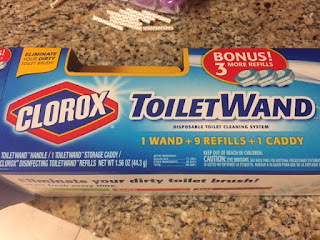 I upgraded my phone this month and decided that along with the new phone I should also purchase a new case. After years of using a functional but unattractive and uninteresting Otter Box case, I wanted a pretty case that would also protect my phone from the inevitable occasional drop.  I "designed" (as in I chose a few of the specifics of) my case on Casetify, choosing the Classic Grip Case with a flowered back that reminded me a little of bluebonnets. 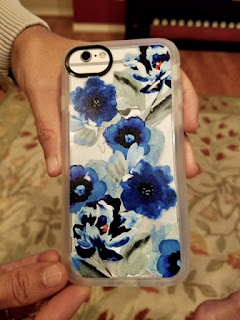 The case feels much less cumbersome than my Otter Box, and thus far it - thankfully - seems nearly as sturdy...I already dropped my phone once with no problem! (I am not a dropper, EXCEPT when it comes to my phone, which I drop regularly.)

I have no affiliation with Casetify but have thus far enjoyed their product!

Wearing
Our August weather, at least for about a week to 10 days surrounding the hurricane, felt nothing like "August in Texas". Summer returned shortly thereafter, but we had a slight glimpse into the fall ahead during which we actually opened our windows and I wore jeans - JEANS! IN AUGUST! IN TEXAS! - two days in a row.

Eating/Drinking
After months (years?) of trying to experience the atmosphere and food at Rx Pizza, we finally made it there! Two great friends of ours chose it for their birthday dinner, and it delivered on every level. It may not have made it on the list of "45 Places to Eat in College Station Before You Die", but it should have. The brick-oven pizza was as delicious as any I've tried here in the Brazos Valley, and the sides...OH, the sides...are reason enough to dine at Rx Pizza. If you go, try the fresh and fragrant Fried Mozzarella (so much more than typical mozzarella sticks) and the hearty, flavorful Texas Tots.

I haven't tried many new recipes - 50 States of Cookies or otherwise - this month because I try to avoid turning my oven on in August. I made an exception, however, for these cake cups: 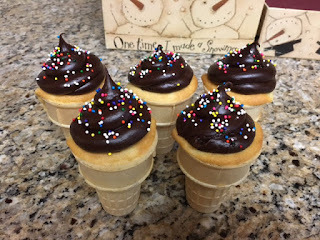 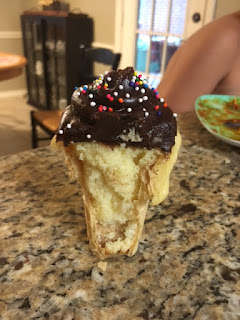 Hallie made them once by herself and once with a friend, completely without my help other than putting the pan into and taking the pan out of the oven. They were adorable, and surprisingly tasty!