Where Everybody Knows Your Name

I consider myself a hybrid of big city and small town thanks to my upbringing in a modest city of 200,000 and metropolitan area of 430,000. Madison, Wisconsin, at least when it came to size, was the perfect blend of what each kind of community had to offer: the State Capitol, the University of Wisconsin, culture and entertainment in the form of restaurants, shopping, collegiate and semi-pro athletic events, theater performances, concerts, and fairs. There was always plenty to do but the city never reached so great a size that we felt like we had to move outside of it - to the "burbs" - to enjoy life. (Today Madison's population is around 250,000 and the metro area population is around 570,000.)

The city and metropolitan area in which we live now are about half the size of those in which I grew up. I long for the more varied and extensive restaurant, shopping, and both kid and adult entertainment options I enjoyed in Madison (as well as in Iowa City and Ann Arbor), but beyond that I can't come up with anything else fundamentally "big(ger) city" I miss.

I can, however, come up with a lengthy list of what I would miss if we left our smallish town for a bigger buildings and more people.

I would miss running into friends every time I shop at Target or eat at Chick-Fil-A. I would miss crossing paths with friends every time we visit the park (any park) or attend a community event. I would miss using a dry cleaner who knows that I put my hanging clothes in the front seat and not the back seat because "sometimes I have littles riding back there". I would miss librarians who, when Will accidentally returns one of his own Sports Illustrated for Kids magazines through the book slot, know who he is and return his magazine to him. (The library's beef is with me and Hallie. They like Will.) I would miss the woman who bags my groceries at Kroger and reminds me weekly about a clever comeback three-year-old Hallie dished out more than two years ago. I would miss recognizing one of the "actors" in nearly half of the local television commercials. I would miss having babysitters whose parents I also know. I would miss having at least one friend in common with every single person I meet. I would miss the high school drum line leading the kindergarten 100th Day of School parade. 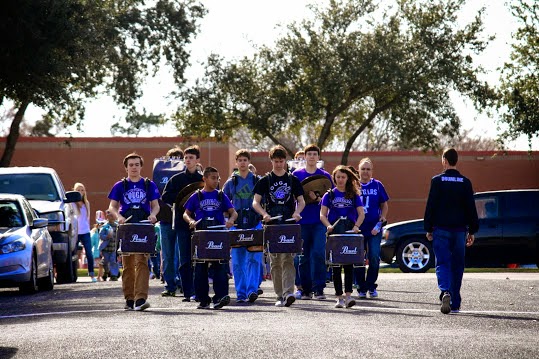 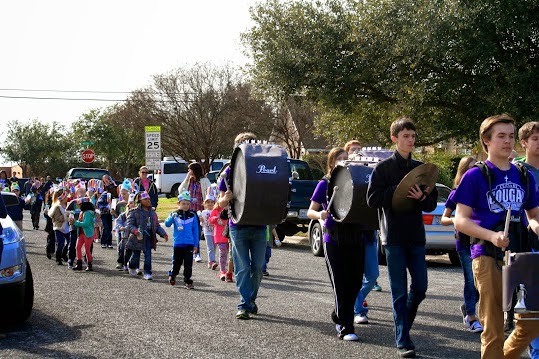 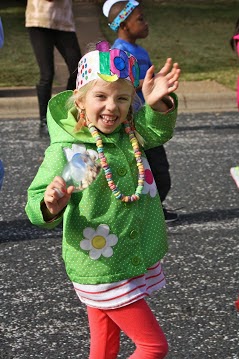 Once upon a time I missed my "big(ish) city". Now I just want to live in my small(ish) town.
Posted by Chasing Roots at 5:00 AM