A few weeks ago, Will and Hallie received an invition to a snake-themed birthday party at the Museum of Natural History. Because I loathe snakes with every ounce of my being, I seriously considered just dropping the kids off and picking them up after the party. In the end, however, I attended along with Will and Hallie because I love both the birthday girl and her mama. The things we do for friends…

During the party I heard for the first time a saying commonly used to help distinguish between the venomous coral snake and the non-venomous king and scarlet snakes.

Red and black, friend of Jack.
Red and yellow, kill a fellow. 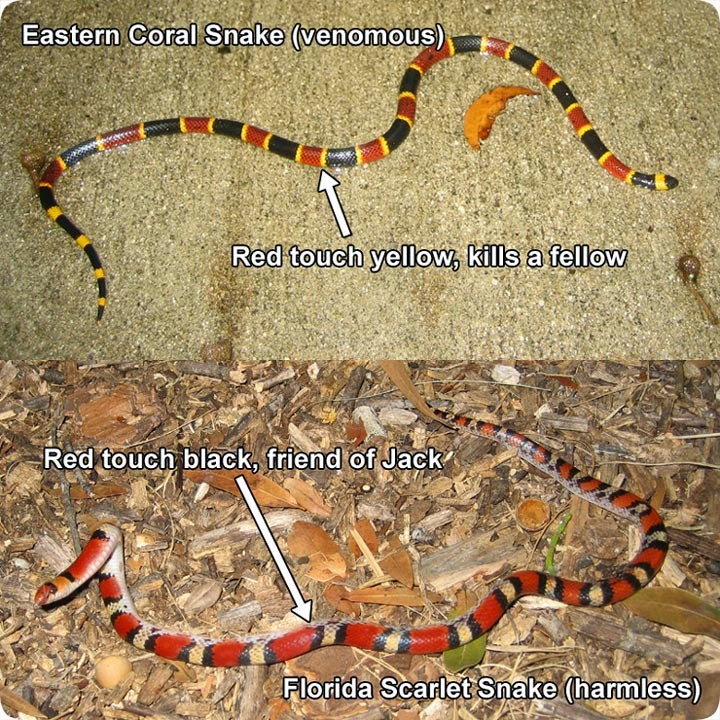 Throughout the party and for a few days following, I repeated this saying both out loud and in my head, hoping to commit the words to memory in case I ever need to quickly determine whether or not I am about die at the hands fangs of a snake.

But I eventually forgot about venomous snakes and the sayings that could potentially protect me from their venom, at least until we visited the San Antonio Zoo and then suddenly, there I was, face-to-face with either a coral snake or a king snake. 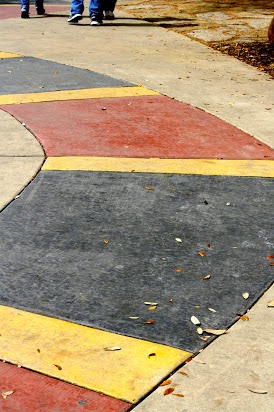 Ok, so I didn't come face-to-face with a real snake, rather an artist's painting of a snake swirled into the cement outside the zoo's snake house. I flashed back to the birthday party and excitedly exclaimed to Tom, Will, and Hallie that I could identify this snake and determine whether or not its real-life version could poison us. And then, for nearly five minutes, the three of them laughed at me while I tried unsuccessfully to remember and share the saying. "Red equals dead? Yellow and black, run to Jack?"

"Are you dying, Mama?", Hallie asked.

"Who the hell is Jack?", Tom muttered under his breath. He then added that if the cement snake had been a real snake, we'd all be dead by now.

Finally I gave up on recalling the actual saying and made up my own shorter, sweeter version.

I think that saying will serve me just fine.
Posted by Chasing Roots at 5:00 AM