And the Winner Is...

The NCAA Men's Basketball Tournament games played on Saturday and Monday nights brought out the competitiveness that burns inside each of the four Ferri.

On Saturday morning the three Ferri rooting for the Badgers donned their Wisconsin gear and the one Ferri rooting for the Wildcats wore his only blue pair of shorts. (Will wanted me to share that had he not chosen Kentucky to beat Wisconsin in the Final Four, advance to the Championship Game, and win the entire NCAA Tournament, he would have proudly sported his Wisconsin shirt and cheered for the Badgers.) 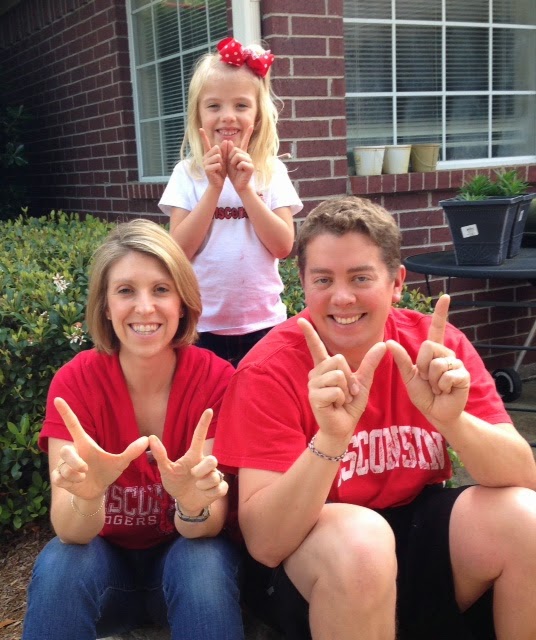 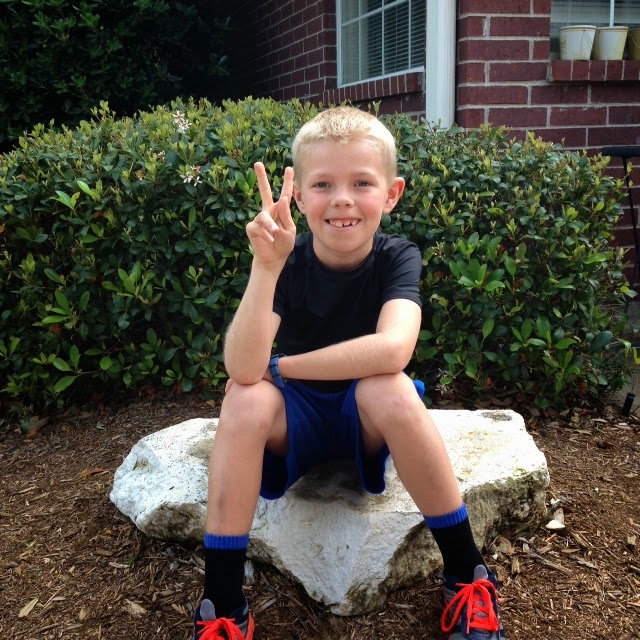 By the time the game tipped off that evening, the battle lines had been clearly drawn. Badger fans sat on the couch. Wildcat fans sat in the chair. Cats would couldn't care less about basketball sat on the gigantic, four-person beanbag chair…all by themselves. 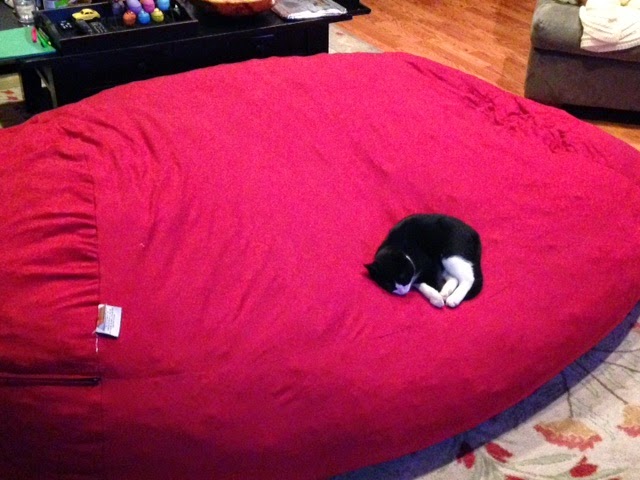 An emotionally-overwhelmed (upset over Kentucky's loss, happy about Wisconsin's win) and exhausted (why do these games always start so late in the evening?! How about a 6pm tip off once in a while?) Will cried himself to sleep on Saturday night, but he woke on Sunday morning refreshed and ready to continue obsessively analyzing our brackets in preparation for Monday night's Championship Game between Wisconsin and Duke.

Hallie went to bed early before the final game even started, asking me as I tucked her in to please come tell her if she won the prize (she eventually wandered out of her room to join us but then fell asleep on the couch). Tom, Will, and I watched - on the edges of our seats, with calculators and highlighters in hand - until the final buzzer.

And then we all trudged quietly and unceremoniously to bed, heartbroken. Congratulations on a great season, Wisconsin. It was one hell of a ride.

After the game I tallied the points and declared an official winner in the 2015 Ferris Family Basketball Bracket Bonanza.

In first place, with 106 points and his first-ever victory…WILL!

In second place, with 103 points…Hallie!

Tom came in third with 88 points and I rounded out our foursome in last place with 86 points.

Yes, in what were our worst showings of all time, Tom and I both lost to both of our kids. Maybe the grown-ups should start relying on Sports Illustrated for Kids as their source for basketball-related information...

Will immediately began planning his "prize" - an afternoon/evening full of activities and food of his choosing - and in a sweet twist, asked Tom and me if he could let Hallie select some if not all of what the four of us do on his winning night. I said no, because let's face it, rules are rules.

Congratulations, Will, on your first-ever victory in the Ferris Family Bracket Bonanza. We can't wait to it all again next year.

And congratulations, Badgers, on an incredible season. We can't wait to do it all again next year.

On a related note… My sister actually beat Will by six points. Will told me he planned to call Sara and congratulation her, but that he was secretly glad we weren't counting her score in our foursome.
Posted by Chasing Roots at 5:00 AM