"Friday Night Lights". I've not read the book, seen the movie, or watched the television show. Despite that, I'd created in my head a very clear picture of what the phrase meant, especially with regard to the high school football experience in the state of Texas. (And I'm not talking about the heavier issues - racism, drugs, etc. - addressed in the book and on the television series; I'm talking about the enthusiasm and support communities have for their high school football teams and players.)

Football is a big deal in Texas. A BIG deal. And College Station is no exception.

Every year the match-up between A&M Consolidated High School (College Station's high school) and neighboring town Bryan's High School is played at Kyle Field, the TAMU football stadium. Can you imagine what that night must be like for these high schoolers? Getting to play in the same stadium and on the same field as the Texas A&M football players they've likely looked up to and idolized for nearly all of their 18 years? I get shivers just thinking about it.

We'd heard this high school football game was one to see, so the four of us packed a bag of snacks, our jackets, and my camera; bought our tickets; and set out to see for ourselves what Friday Night Lights in College Station was all about.

The night delivered, in every way possible. High school football in Texas was exactly what I'd hoped it would and pictured it to be. 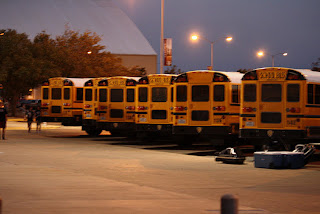 As the sun set, the stadium lights came on. 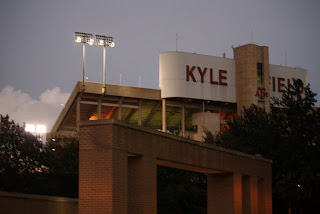 We happened to be walking through the tunnel toward our seats when the Consolidated team exited their locker room and crossed the tunnel to the field. Will stood, mouth gaping, just feet from these already-exceptional athletes as Tom realized aloud that nearly every single player on the team was bigger than he was. 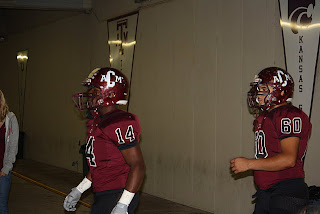 Gigantic high schoolers headed into the tunnel at half time. 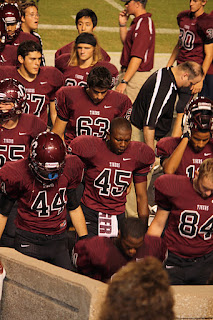 The stands were packed with students wearing team gear and covered in body paint; parents, families, and friends of players wearing booster club t-shirts and buttons with pictures of their kids' faces on them; and community members - like us - who didn't know a single kid on the field but were there to show their support and for for a fun evening of football.

The crowd roared (figuratively and literally, well, Hallie might have been the only fan literally roaring) as the Consolidated players ran onto the field through a gigantic, inflatable tiger. I can't recall seeing an entrance as impressive theirs at any other high school or college football game I've ever been to. 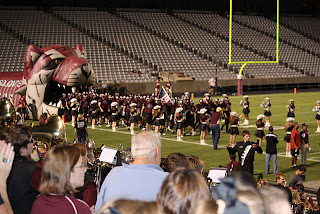 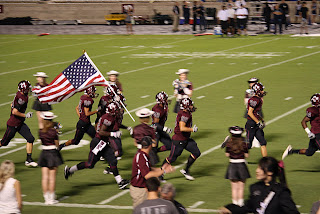 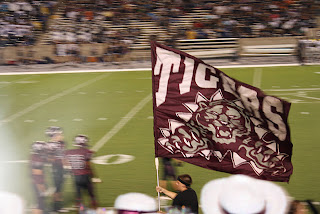 There were cheerleaders (no pictures of them - I'm not a big cheerleader fan), the Bengel Belles Drill Team (which Will called the Cowgirl Dancers), 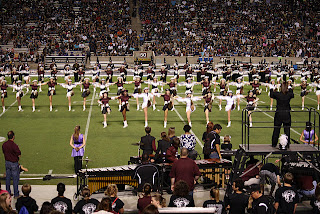 a (somewhat mangy and kind of creepy) tiger mascot, 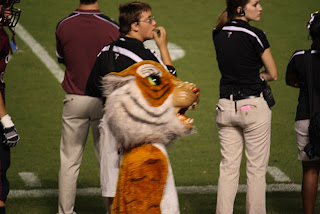 baton and flag twirlers, and an impressive marching band. (Equally impressive were the student conductors.) 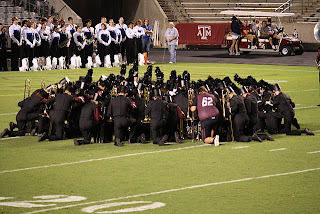 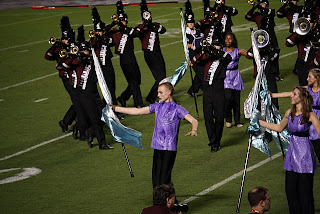 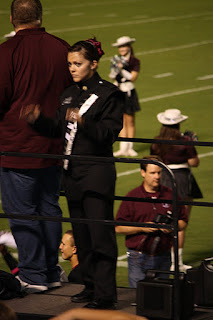 The football itself was pretty good, though I wasn't able to watch as much of it as I would have liked because I was constantly explaining what was going on to Will and Hallie. And trying to keep Hallie from kicking the poor woman in front of us. 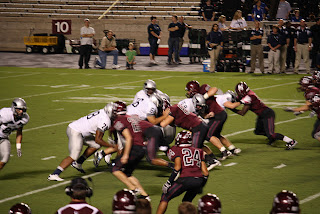 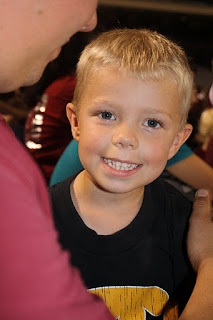 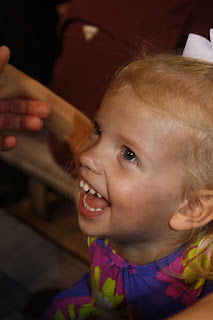 I have to mention, though it's a little bit mean and for that I apologize, the flag carriers for the Bryan High School Vikings. They had a few organizational problems that evening, and while I felt badly for them, it was really funny to watch them run the length of the field first with their flags in the wrong order, and then with the second half of the word not able to keep up. 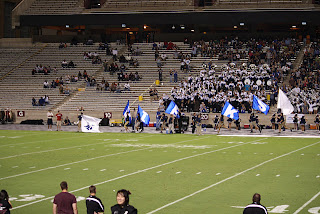 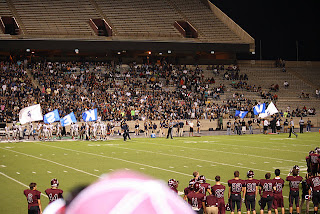 We ended up staying through the entire first half and half time, which was about 30 minutes longer than I thought the kids would last. Turns out they enjoyed staying up late under the Friday Night Lights as much as I did. 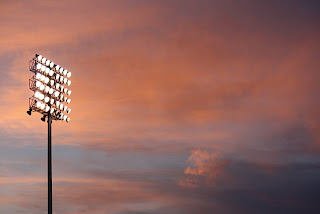