The World’s Largest Brat Fest began Memorial Day weekend in 1983, outside a small grocery store in Madison, Wisconsin (my hometown). The owner of the family-owned and operated store wanted to thank his loyal customers for their business, so he set up a grill in the parking lot and began selling brats for $0.50 each. And the tradition began.

Fast forward 28 years… What started out as a man, his grill, and a few brats on a sunny, May afternoon is now a four-day philanthropic and entertainment extravaganza. Hundreds of celebrity and nonprofit organization volunteers prepare and serve thousands of brats, hotdogs, burgers, corn, ice cream cones, and beers. Local bands showcase their talents on four different stages throughout the afternoons and evenings. Patrons are treated to Budweiser Clydesdale showcases, tours of the Weinermobile, rock climbing, and fireworks after dark. The Brat Fest organization sponsors a “Take Your Brat to Work Day”, and even packages and mails brats to members of the United Stated Armed Forces serving our country overseas. 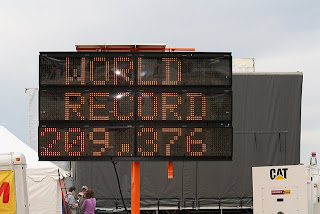 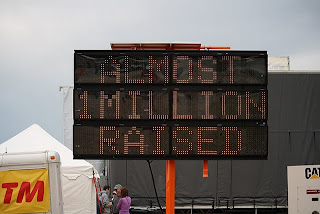 I’ve been attending Brat Fest for at least 15 years, back before I even liked brats and when the event was still held in a grocery store parking lot. Throughout the years I’ve introduced my husband and children to Brat Fest, and they’ve come to love it as much as I do – my four-year-old would prefer a brat to a hotdog and eats his brats with mustard and onions. Brat Fest has become one of Madison’s signature and, in my opinion, not-to-be-missed events.

This year I visited Brat Fest with my parents and my kids (my husband was at a conference and then working back in Texas), and we met up with my aunt and uncle for dinner after we rode the carnival rides.

Both kids were terrified of the Weinermobile. 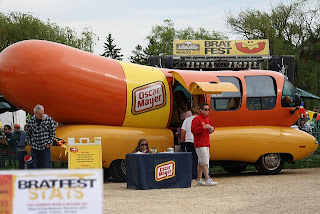 Will is FINALLY tall enough for the second tier of carnival rides. 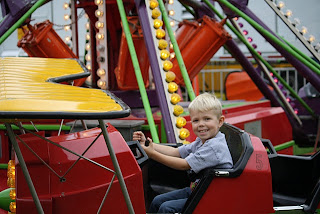 It's called the "merry"-go-round for a reason. 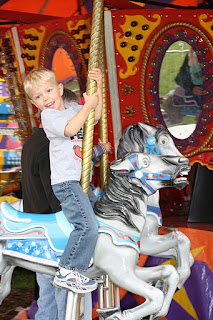 Will and Grandpa Paul. 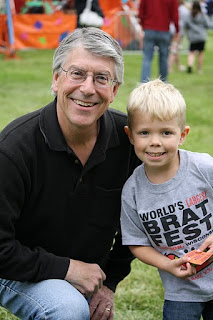 Will and Grandpa, plotting their bumper car attack on Grandma Brenda. 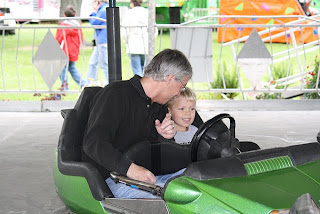 Will and Grandpa, going in for the hit. 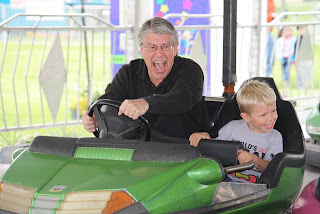 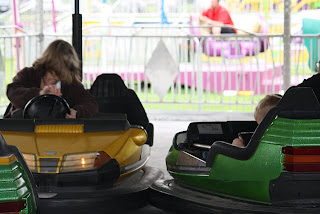 The first time down the slide Will rode with me. 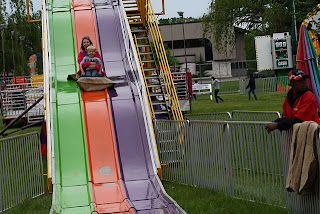 And the second time down the slide Will raced against Grandpa. 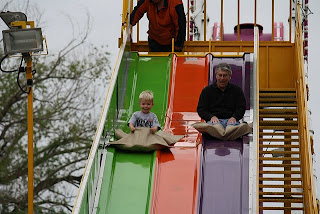 Both kids really only wanted to ride rides with Grandpa. 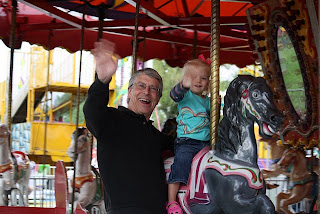 But because Grandpa doesn't like heights, Will had to ride our "family ride" (the Ferris Wheel) with me. He looks happy about it, doesn't he? 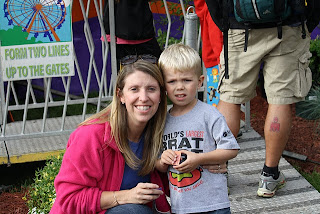 It's not a carnival without funnel cakes. 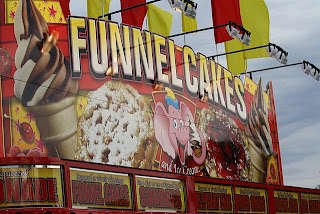 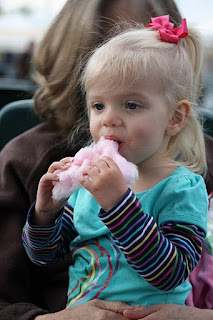 One of the crazy bands playing at Brat Fest. 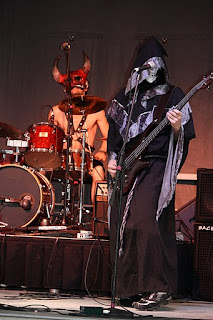 One of the MANY brat grilling stations. 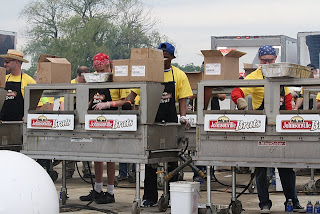 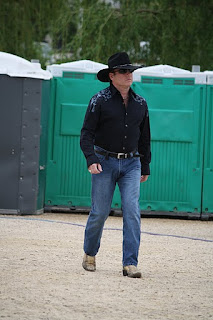 It’s hard to believe that all that began with just a little brat.

As far as I know, College Station doesn’t have a Brat Fest, which is just as well because my guess is that brats from Texas wouldn’t be as tasty as brats from from Wisconsin. For a city of its size, however, College Station has quite a bit going on: summer camps, swimming lessons and family swim nights, triple A baseball games, music festivals, food and drink festivals, etc.

Between Tom’s new job, moving twice, and summer travel, we haven’t had a lot of time since we moved here to check these things out (with the exception of swimming lessons, one TAMU baseball game, and one rodeo). We plan to make time this fall and winter though, and I hope we’ll be able to experience College Station’s signature and not-to-be-missed events (crossing my fingers that at least one of them has something to do with BBQ).

College Station readers, any suggestions for us?

Madison readers, see you next summer!

Note: I love brats, but I also love hotdogs. You can only imagine then, my excitement when I started researching the events and festivals in our area and came across “Weiner Fest 2011” right here in College Station. I quickly opened a new window on my computer and headed to their website…where I discovered that Weiner Fest is actually a festival for Weiner dogs. I don’t think Weiner Fest is now, or will ever be, one of College Station’s signature and not-to-be-missed events, though I suppose I’ll never know because I won’t be going.
Posted by Chasing Roots at 10:00 AM