On Blogging in a Bar

As I mentioned earlier this week, I spent last week vacationing at the Lincoln Lodge. The internet at the Lodge is only available via smart phone, and while I have a smart phone, blogging on it isn’t easy. Probably because my smart phone is considerably smarter than me.

The internet is available “in town” though, so in years past, when an opportunity presented itself (as in someone else is willing to stay back at the Lodge and watch my kids) I tagged along on a trip for groceries or beer or fireworks and popped into the public library or a coffee shop to borrow their free wireless.

The only television channel we have at the Lodge is PBS, so our trip into town last week was to watch the U.S. Women’s Soccer Team play Sweden in the World Cup. I figured I might have to miss the first few minutes of the game so that I could quickly upload a few pictures and a previously-prepared blog post from the library, but as it turns out, the Belle Isle Sports Bar & Grille in Minocqua has free wireless internet.

So that’s how I ended up writing – both of last week’s blog posts – in a bar, which as it turns out, is pretty awesome. The company (my husband, my two brothers-in-law, and my two sisters-in-law), the entertainment (the Women’s World Cup), and the food (fried Wisconsin cheese curds) were great, and the beer was, well, beer. Lukewarm, generic, light beer in a flimsy plastic cup, but beer none-the-less. Now that’s an afternoon to write home about.

While my sis-in-law Jenna and I "worked", our other sis-in-law Chandi distracted us with the bar tricks she's perfected over the years. 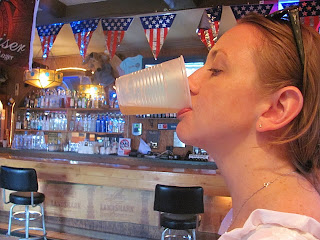 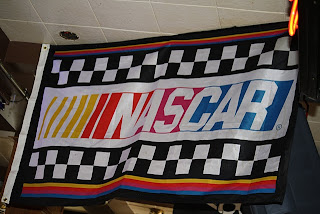 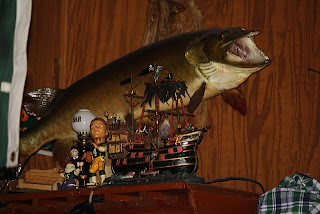 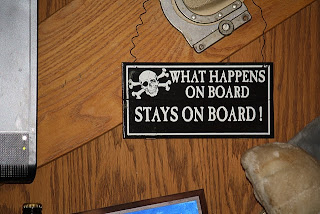 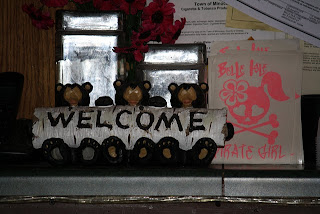 Oh, and inside the bathroom stalls are fireworks advertisements. See the second box from the right in the first row? Apparently fireworks make any “special occasion” – including divorce (??) – that much more wild and crazy. 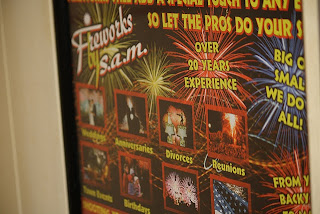 I’ve been to quite a few bars like the Belle Isle. In Wisconsin, children are allowed in bars, and are allowed to drink if their parents buy the alcohol and give permission. I’m certainly not saying my parents took me to bars and bought me alcohol and gave me permission to drink when I was a child. If anything my parents were stricter than my friends’ parents when it came to underage drinking. But I did, on occasion, tag along with my parents when they met friends for dinner and drinks around Madison and when we traveled throughout the state. I drank Shirley Temples and lemonade, consumed basketfuls of stale popcorn, learned how to play darts (which totally came in handy once I was in college) and pinball, and watched baseball on television. People were friendly (perhaps the beer had something to do with this), the atmosphere was comfortable, and though I was carefully supervised, I always had fun.

Even today I prefer sports/neighborhood/townie bars to fancy restaurants. Friends and acquaintances, during casual conversation, often ask us if we ever leave our kids with a babysitter so that we can go out to “someplace nice”. Our usual answer is that yes, we leave our kids with babysitters, but no, we don’t go somewhere nice. We spend our kid-free evenings trying out new beer gardens and sports bars, enjoying cold brews, eating basketfuls of stale popcorn, playing darts, and watching sports on television. The people are friendly, the atmosphere is comfortable, and we always have fun.

So the next time I’m in Minocqua, Wisconsin, look for me at the Belle Isle Sports Bar & Grille. I’ll be sitting at the high table across from the bar and with a good view of the television, sharing an electrical outlet with a flashing neon sign advertising the wet t-shirt contest coming up on Saturday night, drinking a Blue Moon, and typing away on my laptop. 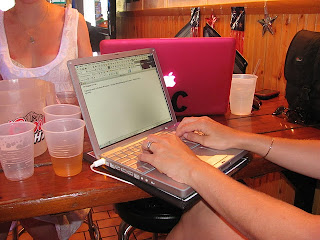 Posted by Chasing Roots at 7:16 PM