Inspired by @LiveFromSnackTime on Instagram, and in need of a good belly laugh, I went in search of one particular funny story about something Will said as a nearly four-year-old a decade ago. On my quest, I found quite a few Will-isms - and Hallie-isms - that made me laugh out loud, so I decided to make today a flashback post and share my favorites. 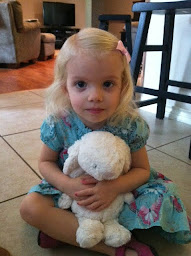 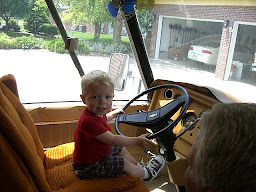 Driving License
Will: Mama, when will I get a driving license?
Erin: When you’re 16.
Will: (defiantly) Ha! I’m going to get a driving license when I’m 15!
Erin: Actually you can get a learner’s permit when you’re 15. You can’t get an actual driver’s license until you’re 16.
Will: How do you get a driving license?
Erin: You have to take two tests – first a written test, and then a driving test with an instructor.
Will: What’s a constructor?
Erin: An instructor is a teacher.
Will: Will you come with me with the constructor?
Erin: No, you have to take the test with just the instructor.
Will: (with tears beginning to well in his eyes) I don’t want to go with the constructor by myself!
Erin: Then you don’t have to. We won’t make you take the test to get a driver’s license. But you can’t get a driver’s license without taking the test. It's the law.
Will: (with tears streaming down his face) But I want a driving license!
Erin: Will, this isn’t something you need to worry about right now.
Tom: Will, how old are you?
Will: (bawling, holds up four fingers)
Tom: So you don’t have to worry about getting your driver’s license for at least 11 years.
Will: (still bawling) Mama, how do you get your kid back after the test?
Erin: Well, I’ll take you to the DMV –
Will: (through sobs) What’s the DMV?
Erin: The Department of Motor Vehicles. (At this point I couldn’t hold it in any longer and I started laughing because the conversation was just so ridiculous, and I had to take a moment to compose myself.) I’ll take you to the DMV, you’ll take your tests, and then we’ll leave together.
Will: Did you have to take the tests?
Erin: Yes. Grandma Brenda took me to the DMV and waited while I took my tests; then we drove home together.
Will: How do you find your kid after the tests?
Erin: Moms wait in the lobby for their kids.
Will: What’s a lobby?
Erin: A room where people wait for other people or to be called for appointments.
Will: Are there chairs?
Erin: Yes, there are chairs.
Will: (having calmed down and gotten undressed for his bath) Look Mama! I’m buck naked!
Happy Tuesday, friends. I hope these brought about a laugh or two!
Posted by Chasing Roots at 5:00 AM