Tuesdays With Tux...Mahalo, and Lilo

We did a thing.
After saying for years that we wanted to try fostering kittens, we finally made it happen. I mentioned a couple of weeks ago that we applied to foster through Six Kittens Rescue, and then shortly after that post went live we found out that we were approved.
For those of you who might be interested, the process was surprisingly easy. The only hoop we had to jump through was an extra trip to the vet for Tux to get him completely current on his vaccinations. (For some reason the vet didn't administer one of Tux's vaccinations the last time he was in for a check-up, even though he was due for that vaccination. I chalk the error up to COVID-19, which has changed how pet owners take their animals in for appointments and communicate with veterinarians, vet techs, and the front desk staff members.)
Just a few days later, seven-week-old Mahalo and Lilo arrived at our home.
Interestingly, they remind Tom and me so much of Duke and Clementine, both in how they look, but also in how they behave. Mahalo is slightly bigger, and uses his size to his advantage when picking on his sister. He takes charge during meals, pushing Lilo away from whichever dish he wants at any given time, and he is far more adventurous; he can jump higher and farther than Lilo, and isn't afraid to (try unsuccessfully to) leap tall buildings in a single bound. Mahalo has beautiful coloring: white with a gray tail, gray paws, and the smoothest gray nose and gorgeous blue eyes. If we were keeping him (which Tom would like to do, but we can't, because he's already spoken for), I would rename him Yoda, because when you push his ears down he looks just like baby Yoda. 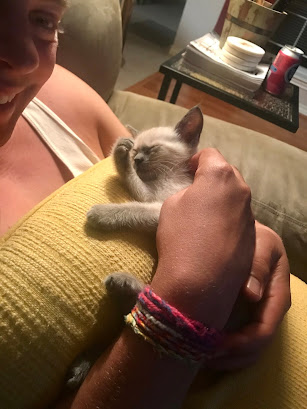 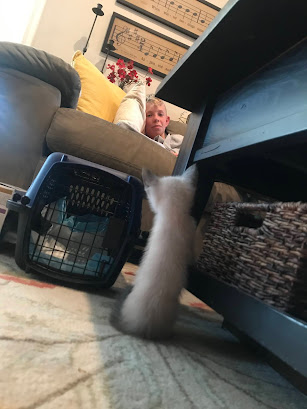 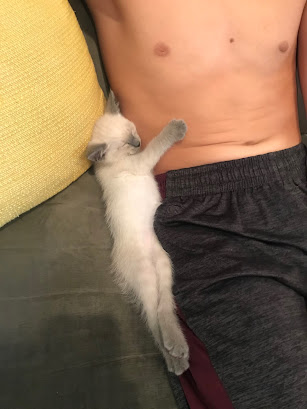 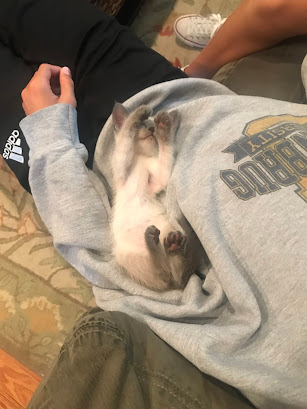 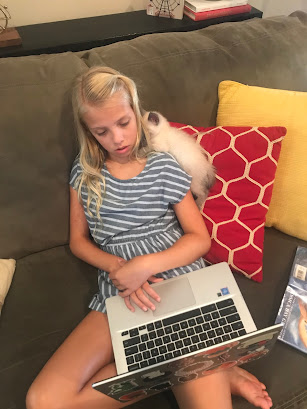 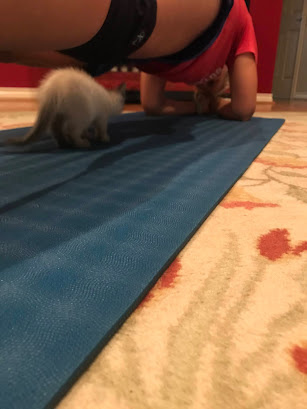 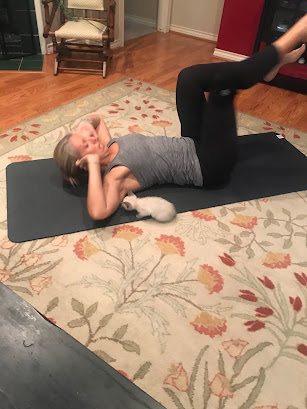 Lilo is small but mighty, and when she's feeling feisty, she can pin her brother and keep him where she wants him for so long that he eventually gives up and falls asleep. Like this: 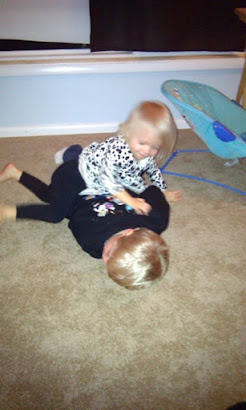 She was terrified of us for the first 24 hours, but at some point on day two she came out of her shell and began to let us pet her, pick her up, and love on her. She also has beautiful coloring, but both her fur and eye color are understated and modest. If we were keeping her (which Will would like to do, but again we can't because she's also spoken for), I would rename her Hazel. 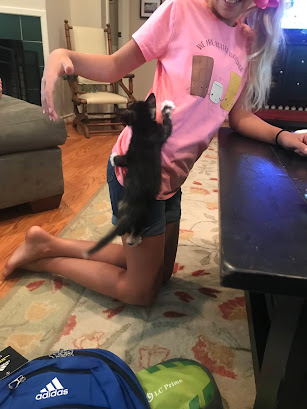 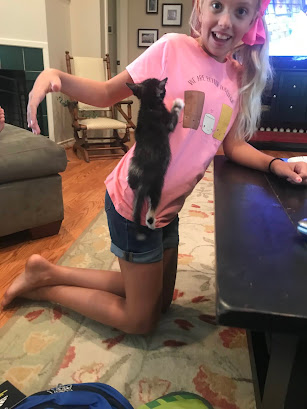 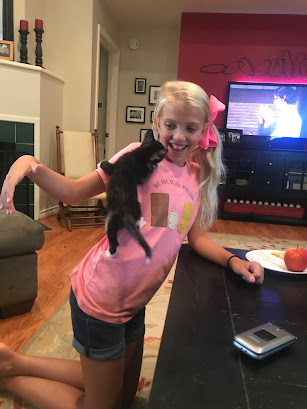 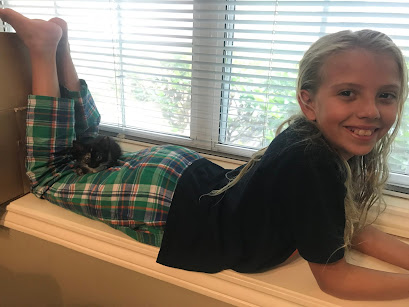 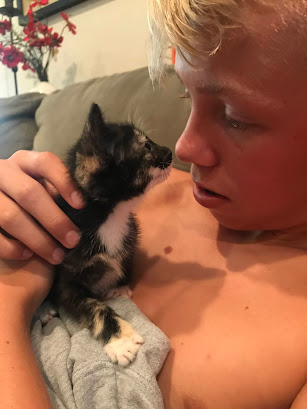 We expect Lilo to leave us later this week, at which point we will get another of Mahalo's sisters, Mo'orea. Mahalo and Mo'orea will be with us until midway through September, at which point we may give Tux a little break...the kittens want to get to know Tux, but he HATES them. (He hasn't treated them poorly, but we've kept them mostly separated - which is pretty easy to do since Tux loves to be outside and we secure the kittens in one room at night - just in case.) Both kids are worried that Tux will think we don't care about him as much anymore, so they want to spend a couple of weeks loving on him extra hard and assuring him that he's still our number one cat.
The timing of all this ended up being just about perfect. The kittens arrived on a Sunday afternoon, so we had that evening and all of Monday to get acquainted and figure out our systems before the kids started virtual school on Tuesday. And the kittens have done exactly what I wanted and needed them to do: add a little bright spot to all of our days. 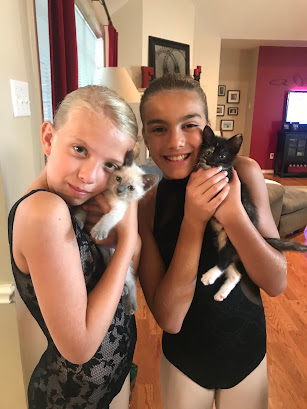