Writing
This month's Texas Living magazine includes an article I wrote about the three Presidential Libraries and Museums - those associated with Lyndon B. Johnson, George H. W. Bush, and George W. Bush - located in Texas. This article was a challenging one to write and therefore a satisfying one to see in print - I hope you enjoy reading about these three gems here in the Lone Star State! 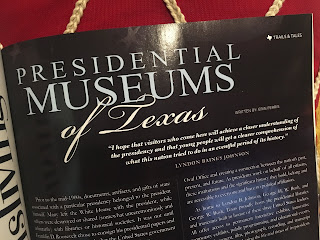 Reading
My library struggles continue (perhaps a countdown to June 7th, the day my branch *should* reopen,  would be therapeutic), but I did fine a deliciously mysterious book the last time I made the trek to the branch in Bryan. I have thoroughly enjoyed the Ruth Ware books I have read throughout the last few months, and The Woman in Cabin 10 was no exception. From what I can tell, she has only one more novel I have yet to read, and while I was a little disappointed to learn this fact, I have to think she has additional books in the works. I was also excited to learn that three of Ware's books - the three I have read - have been optioned for screen.

Watching
I didn't make it to the theater at all this month, but Hallie and I discovered two delightfully fun - though very different from one another - shows on Netflix. First, Carmen Sandiego. This animated action/adventure origin series paints Carmen as a modern day Robin Hood who steals from the Villains' International League of Evil in the name of its victims. While many reboots hit the fan, I think this one hits the nail on the head by appealing to a broad age range of young people as well as their parents, who remember components of the original media franchise. Second, Kitten Rescuers. This series, also on Netflix, follows English veterinarians and animal welfare officers as they attempt to rescue kittens and cats from various catastrophes. Hallie and I both adore the show for four reasons: 1) we love kittens and cats, 2) we love medical shows (Kitten Rescuers shows quite of bit of the medical procedures performed on its subjects), 3) we love English accents, and 4) we love happy endings. 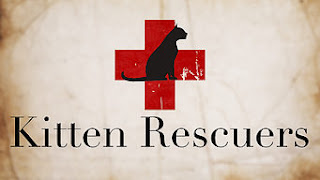 Listening To
Last month I mentioned that I had started listening to and liked Up and Vanished, and now a month later I have returned to confirm that this podcast is the real deal. I still haven't finished season one - there are 66 full, bonus, case evidence, and Q & A episodes, and despite listening regularly while on the elliptical at the gym, walking outside, and getting ready in the mornings, I have still only made it through 38 episodes. The creator of the series, Payne Lindsay, did not plan for the podcast to become so long, but the publicity he generated surrounding this 12-year-old case contributed to a break that unfolded in real time and led to the need for additional episodes.

Wearing
As a little girl I used to page through the cumbersome JC Penney and Sears catalogs in search of - among other things - matching mother-daughter outfits. At the time, I couldn't understand why my mom didn't want us to wear identical mauve and dusty blue flowered dresses with Peter Pan collars. Now I feel badly for ever even suggesting we spend money on such hideous attire.

Hallie has never really asked me to match her, however when we came across her Love Rules shirt a week before Valentine's Day, she noticed a (much) bigger shirt toward the back of the rack and suggested that perhaps it might fit me. When I tried it on (discovering that yes, size XL 14-16 does fit me) and saw a gigantic toothy grin spread across her face, I knew we had to match on Valentine's Day. 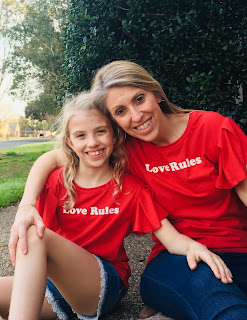 The only other addition to my wardrobe this month was this black and green wrist "accessory" from Mueller.

Trying/Using
Though I don't like wearing it, the Mueller wrist brace I mentioned above does a better job of keeping my wrist stable while not causing additional problems than many I've tried. If you're in need, I would highly recommend this brand as well as this particular brace.

Perhaps because we fell in love with the packaging, my mom, sister, and I tried Color the World lipsticks. These natural, vegan, and cruelty-free artisan lipsticks are each connected to a different charity, and for every tube sold, 10% of the profits are donated to that cause. We purchased quite a few to start, and while we struck out on a couple of hues, we each found one or two that suit our individual coloring and preferences. 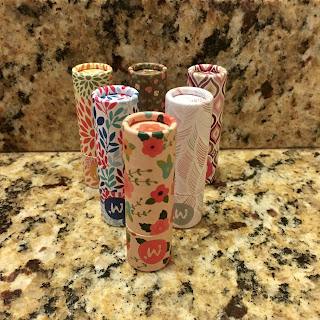 Eating/Drinking
February didn't leave me much time for trying new recipes, however we did indulge in quite a few new Dine-In Dude meals this month. If you live the BCS area and haven't yet tried one of his meals, you're missing out. If you don't live in the BCS area, I'm sorry, and I hope you can find something similar in your neck of the woods!