1. Last Thursday (too late to be included in last week's High Five for Friday post), Will participated in the Texas University Interscholastic League's Chess Puzzles competition. This competition, which marked the end of nearly four months of training, pitted (in a friendly, encouraging way) the top three fourth grade qualifiers from each of the district's nine elementary schools against each other to determine the who would wear the Chess Puzzles crown.

Will took this competition incredibly seriously, training diligently with his two teammates and their coach. And on Thursday evening, these three hard-working kiddos learned that their hard work had paid off: they earned the third, second, AND first place ribbons. And my boy...he won. I wish I had captured in a photo the look on Will's face when they announced his name, but I am also thrilled to have seen his shock turn to jubilation in "real life" and not through the lens of my phone's camera. I will never forget his face in that moment. 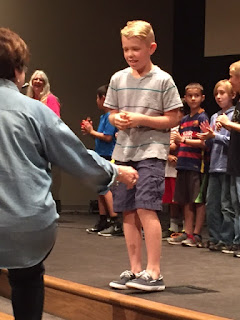 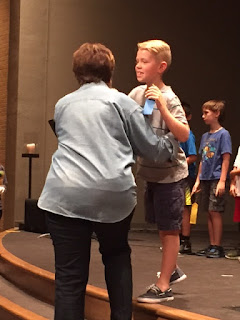 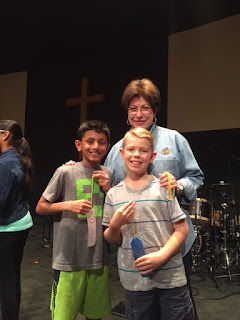 Will's victory made the evening an incredible one for all of us, but the icing on the cake was watching our elementary school's kids support one another. They cheered, high-fived, hugged, and offered encouraging words to each other, even when the results weren't what they had hoped for. I wore my Rock Prairie 'Wrangler "badge" proudly that evening. 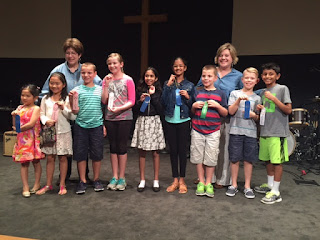 2. On Saturday we finished our back patio makeover by building/making a hanging station for our towels. No, it wasn't rocket science, but it did involve a trip to Lowe's, sanding, staining, attaching hooks, and drilling into brick and mortar, which was something we'd never done before. I am beyond excited to finally have a place - other than the patio furniture - on which Tom and the kids can hang their swimsuits and towels. I guess it looks like the hot tub is here to stay... 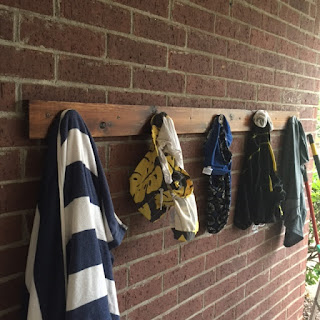 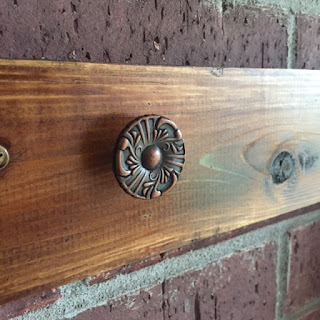 3. Also on Saturday afternoon, Hallie crushed her first "job" as a hat model. I doubt she has a future in modeling (fine by me), but she sure enjoyed sporting this awesome ponytail/messy bun hat by The Stitch & Hook. Check them out here! 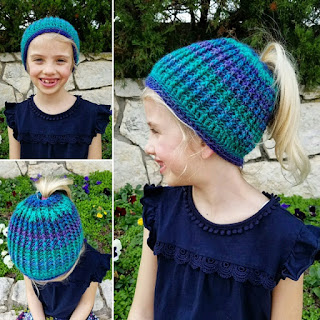 4. I hesitate to publicly celebrate this, given the state in which we live and our friends' fandom, but last Sunday my Green Bay Packers defeated the Dallas Cowboys (in what was the most intense and exciting NFL game I've seen all season) to move on to the NFC Championship Game! Next up, the Atlanta Falcons!
Note: We regularly root for the Cowboys and the Texans, but when either team plays the Pack, all bets are off.

5. A couple of months ago I caved and added a pic collage app to my phone. (I try to only download apps I want or need to use daily or, at a minimum, a few times a week. Pic collage, at least at first, hardly fit that description.) I started putting it to good use this week, and I feel a new flashback series coming on... 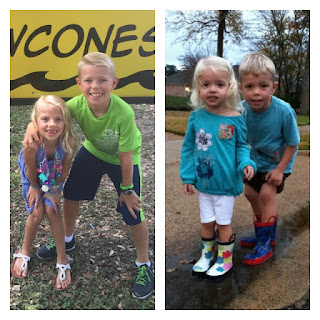