If that wasn't a whirlwind of a week and a half, I don't know what was! As a result, I've included quite a few more than five - 10, to be exact - "high fives" this week.

1. We had a wonderful visit with family in Wisconsin. Will, Hallie, and their cousins, Lily and Carter, spent every waking minute playing with each other, and the adults had to settle only a handful of arguments.
2. This year, rather than attend our "regular" Christmas Eve children's service, we decided to try something new. This year, we went to church in a barn.

We bundled up, drove out into the country, and found our way to the barn. We sat on bales of hay, just a stone's throw from sheep, donkeys, and chickens, and snuggled close together under blankets. We sang carols, listened to the pastor's message, rejoiced in the arrival of Christmas, and prayed for peace and prosperity in the new year.
This worship experience was as authentic as any I've had in years, and I hope we can make "barn church", as the we affectionately called it, a bi-annual tradition.

3. My parents managed to score tickets for all 10 of us (they have season tickets, so they found eight additional tickets from friends) to attend a UW basketball game. We knew Will would last the entire game, but the girls and little Carter surprised us by making it through all of the pregame, the entire first half, and part of the halftime show...and the game didn't even start until 8pm. (I actually think Hallie and Lily could have made it even longer if we had been willing to buy them more snacks. We weren't, so they couldn't.)
4. Every two years - starting eight years ago when Will had just turned two - we take the kids to the incredible Lego village and train display at Madison's Olbrich Gardens. The boys in particular could have stayed all day. 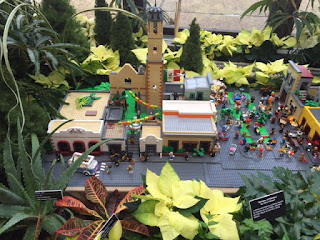 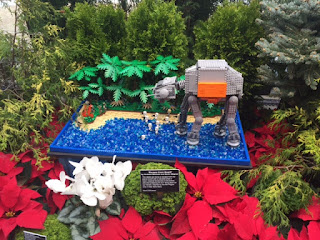 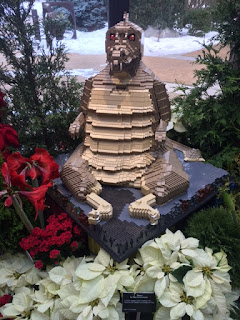 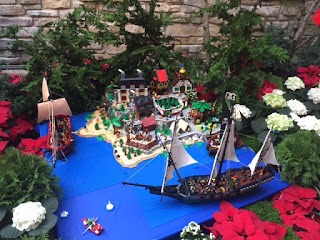 5. While looking for a mysteriously missing present, my sister and I found our old wooden ironing board and iron in the attic. We brought both toys downstairs and then watched in awe as ALL FOUR KIDS took turns "ironing" for close to an hour. Four kids. All ironing. For an hour. We couldn't stop laughing.
6. On a frigidly cold evening we took the kids to see the "Zoo Lights" at the Henry Vilas Zoo. I have visited this zoo hundreds of times throughout my life, but this was the first time I'd ever experienced it at night and all decked out for the holidays. The lights, the music, the merry-go-round, and visiting Santa made for an incredible (and incredibly cold) evening! 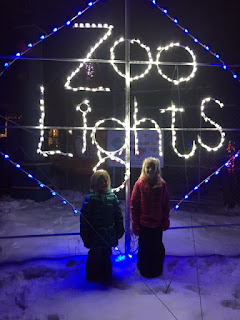 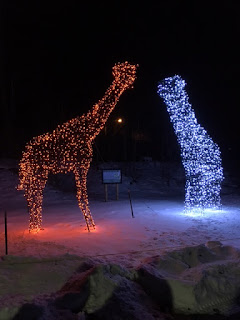 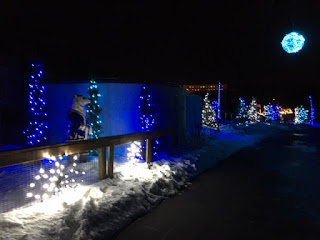 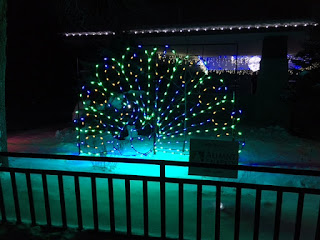 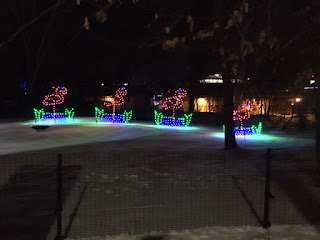 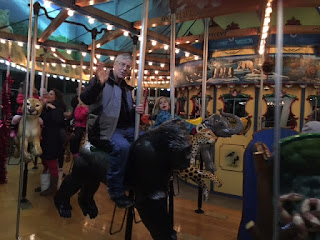 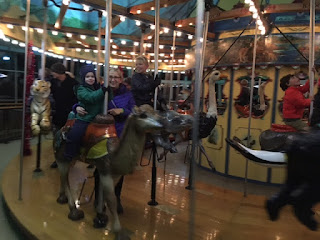 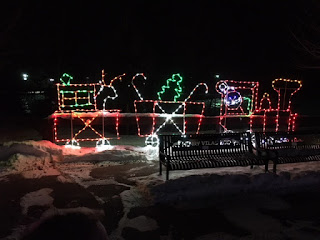 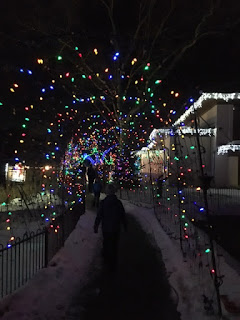 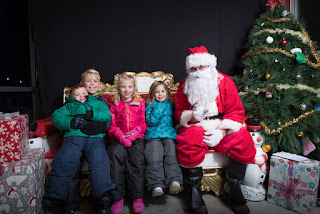 7. There's something so magical about Christmas morning. 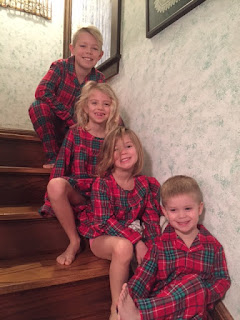 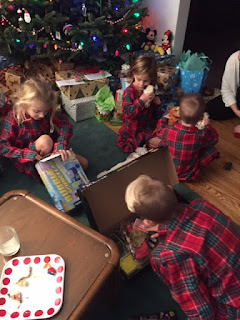 8. We spent New Year's Eve at home, just the four of us, for the first time in five or six years. We made spaghetti, baked cookies, went in the hot tub, played Trouble, played Clue, watched football, watched Dick Clark's New Year's Rockin' Eve, and eventually watched the ball drop while counting down to midnight (well, 11pm CST). We had a blast, and might just have to do it all again next year. 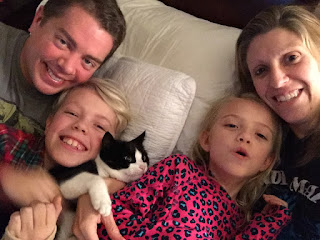 9. Will's cast came off! After two weeks in the most recent cast (and two-and-a-half weeks in the first cast), we had new X-rays taken and met with the ortho doc last Friday. While one of the bones in Will's wrist is still bent at a 30 degree angle, the bones are healing nicely. And because of Will's age, his bone will likely straighten approximately one degree a month as he grows taller and his arms grow longer. Will wore a brace last week and will stay in the brace for another week, but the brace's purpose is more to remind him not to do anything stupid rather than hold the bone in place. 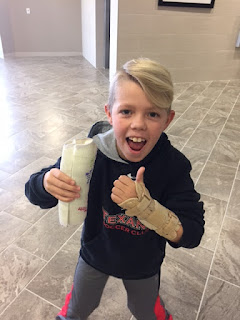 Will also had a tooth pulled and went in for his annual check-up with his allergist, both of which went well. (He's been quite the trooper these last few weeks!)

10. The kids headed back to school yesterday. I appreciate that the district chose to ease us back in with a two-day week!

You may notice that I didn't talk about or post any pictures of our snow-related adventures in this post...they deserve their own post, don't you think? Stay tuned!