Throughout the last two or three weeks (ever since Hallie tried to take Tux to school in her backpack, oddly enough) we have witnessed a significant shift in Hallie and Tux's relationship. It's almost as though Tux realized he had no choice but to accept Hallie as part of the family (as if we would part with her over him) and decided to show her a little bit of love.

One night Hallie carried Tux to bed with her and he stayed - without restraint - for nearly 10 minutes before he wandered over to Will's room. 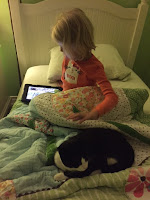 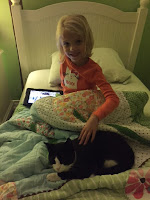 The following weekend Tux let Hallie take this "selfie" with him. 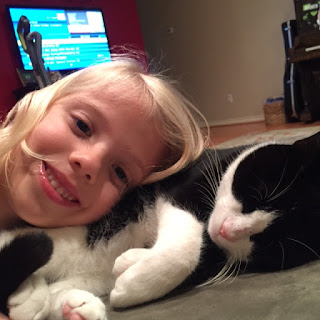 And last weekend, Tux entered Hallie's room on his own, snuggled in beside her on her bed, and took a nap. 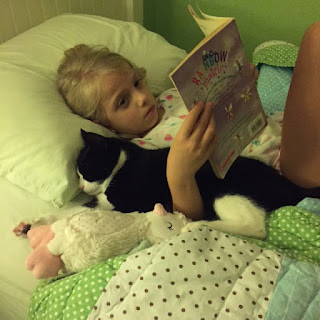 He snoozed for a few minutes, until he heard my camera start clicking. Once I took the picture above, Tux woke up… 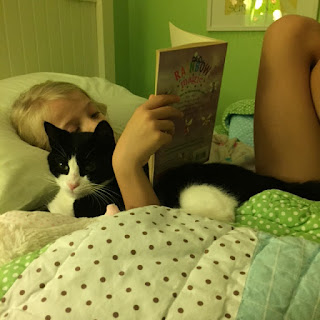 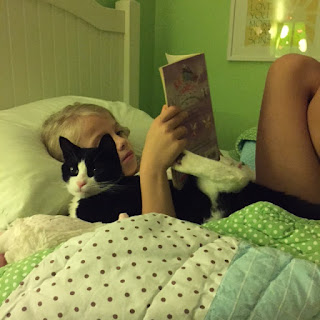 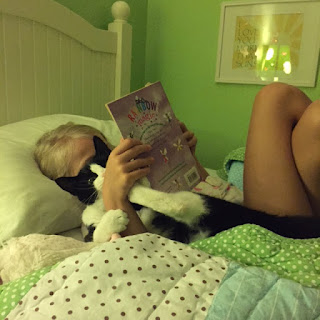 Maybe Hallie and Tux's relationship hasn't changed quite as much as we thought it had...
Posted by Chasing Roots at 5:00 AM