My Texas Bucket List began taking shape shortly after we arrived in College Station. At first the list consisted of only a few touristy day trips and experiences (think Six Flags, Sea World, etc.) I'd thought of or heard about prior to our move. But as we made new friends, especially new friends who grew up in Texas, we learned from them about the lesser-known - at least to Midwesterners - but not-to-miss sights and sounds of the Lone Star State.

You can see my full Texas Bucket List here. Feel free to tell me what I'm missing!

Two years ago Will's first grade class went on a field trip to the Franklin Safari, but due to a prior commitment at Hallie's then-preschool, I couldn't chaperone this particular adventure. Though I felt badly about not being there for Will and to help his teachers manage their many first graders, when the day dawned dark and stormy I secretly breathed a sign of relief that I had (an indoor) somewhere else to be.

But then Will came home raving about the petting zoo, monkeys, play area, and bus ride to see - and feed - the safari animals and I decided to add visiting the Franklin Safari to my Texas Bucket List.

Fast forward two years…my now first grader's field trip to the Franklin Safari fit into my schedule, so I prepared myself to "be amazed" per Will's instructions. The field trip almost didn't happen because just like two years prior, the day dawned dark and stormy; thankfully the first grade teachers at the kids' school aren't afraid of a little rain!

My first impression upon pulling into the parking lot was one of apathy. Nothing about the property struck me as exotic (what I expected to see upon entering a safari) or even interesting. Except perhaps the smell, which was both exotic and interesting…and NOT in a good way.

The petting zoo housed goats, including two baby goats born the day prior, deer, and a baby ostrich with a mean streak as long as his skinny neck. I'm not an expert, but letting a feisty ostrich and 24-hour-old babies of any kind loose with 40 excited, rambunctious first graders seemed somewhat risky…and sure enough, at least a few adults and children experienced the ostrich's less-than-friendly greeting. (In all seriousness, that ostrich gave me the heebie jeebies. I avoided making eye contact with and kept as far away as possible from him after I saw him go after kids and adults alike.) 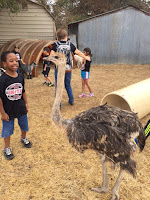 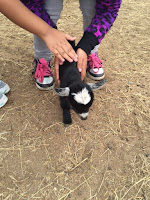 As has been the case for many years, Hallie is something of a goat whisperer. She spends most of her life operating at Volume and Energy Level 10, but when she approaches these animals she becomes unbelievably calm and they seem to know they can trust her. 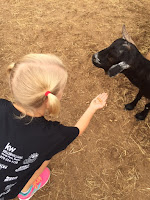 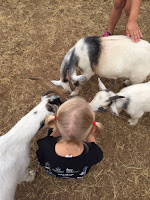 After the petting zoo we moved to the enclosures. I felt uneasy standing just feet from the monkey, kangaroo, and porcupine cages as they appeared to have been constructed 50 years ago using a hodgepodge of materials and with no cohesive plan. It seemed as though some of the stronger, angrier animals, if they possessed or developed the ability to work together as a team, could probably find a way out. 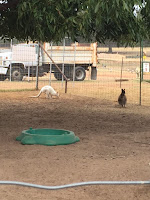 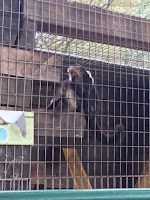 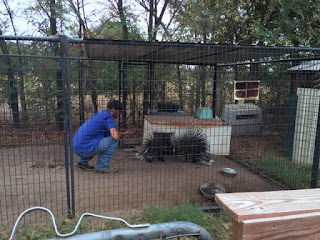 After lunch, the kids spent a while playing on the playground…if you could even call it that. The play area included only the equipment shown in the pictures below (the horse didn't move, and in order for kids to teeter totter an adult had to keep a foot on the base of the frame) and a set of monkey bars. Oh, it was situated right next to the snake house, which meant I steered clear. 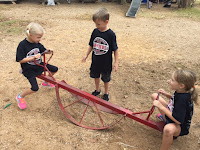 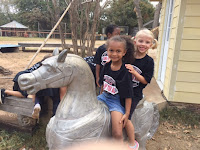 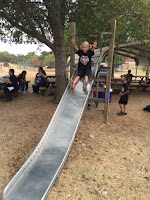 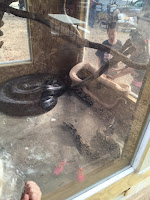 The safari was earning a "D+" until we boarded the bus for our animal tour. And while I wouldn't rank bumping up and down in a hot, smelly school bus with 40 first graders and 10 adults high on my list of ways to spend an afternoon (motion sickness, anyone?), watching the animals up close was incredible. 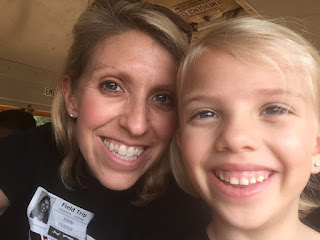 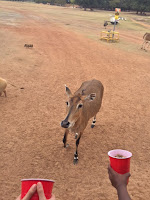 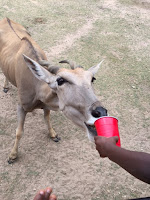 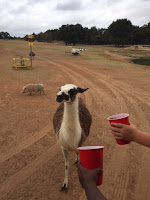 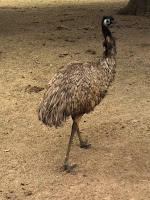 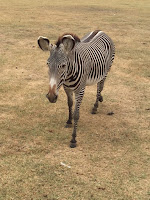 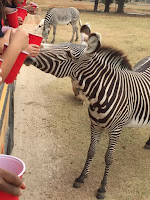 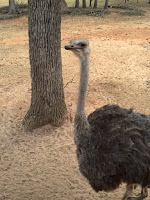 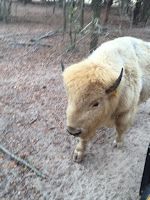 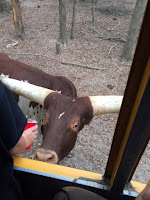 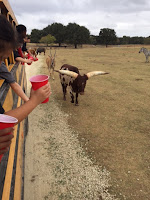 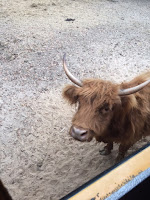 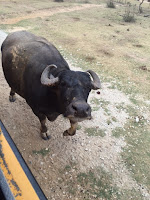 The bus ride portion of our field trip to the safari made the day worthwhile, and bumped up my overall score for the experience up to a solid "B". I would consider returning if Tom ever wanted to take the animal tour, but beyond that I think it's safe to say we've crossed the safari off my Texas Bucket List for good. 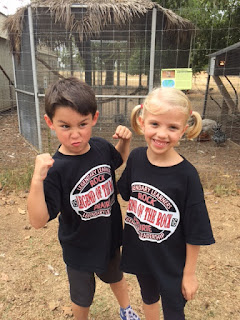