2022 got off to a rough start, as we lost our beloved Tux just after Christmas. We continued fostering kittens though, and in June our first two foster fails - Plie and Popeye - joined the family. Pleeps and Pops could never replace Tux, but they brought new light, life, and chaos into our home.

Adding to the chaos... Will kicked off the year as a solid (freshman) contributor on his high school's varsity soccer team, and then spent his summer on the disc golf course, trying his hand at tournaments for the first time. This fall he's stayed busy with academics, refereeing youth soccer games, and continuing to play both soccer with Cavalry Soccer Club and cello in varsity orchestra. Oh, and he's a licensed driver now...

Hallie also kicked off the year in an exciting way...she started POINTE! Putting on that first pair of pointe shoes lit a fire under my girl, and since that day she has put her whole heart and soul into ballet. She continues to love performing with her choir, with her ballet company, and in The Nutcracker Ballet. She has adjusted well to her first two high school classes (in middle school), and wishes she had more free time for art and baking.

Tom still loves to disc golf and design light paraphernalia in the Mad Science Laboratory. I continue to write and volunteer, but mostly I work as a shuttle driver and cheerleader for our teenagers as they chase their dreams. I wouldn't have it any other way.

Wishing you and yours a wonderful holiday season and a happy, healthy new year.

With love, the four Ferri 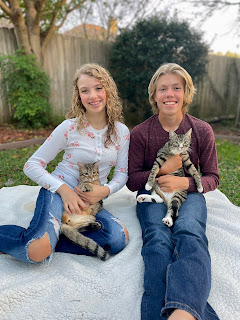 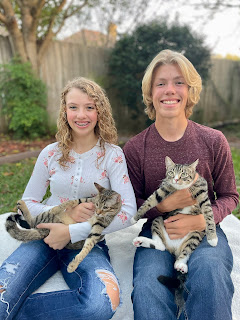 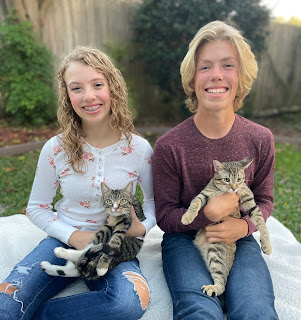 Until this week one year ago, I hadn't taken a planned "vacation" from the blog - at least not that I could recall - since I first started writing A Midwestern Girl in Cowboy Country (which eventually became Chasing Roots) almost 11 years prior. I had taken a week-long break when I had the flu, and another week-long break when we didn't have power or internet due to the snowpocalypse, but those brief hiatuses were somewhat forced upon me. Last year's hiatus - the one I decided to take between Christmas and New Years - was a little different because in reality I could have kept the posts coming. But that hiatus was also kind of the same, because it was somewhat forced upon me...by myself.

Thanks for understanding, and please, come back and join me again in 2023.

Posted by Chasing Roots at 8:11 AM