Writing
Many months ago I wrote an article for Texas Living about hotels that take their Christmas decorations and celebrations to the next level. And then COVID happened... A few days before the article was scheduled to go to print, we realized it needed a serious overhaul, and so I spent a panicked week contacting the hotels and rewriting almost the entire article. It came out on time and turned out alright, thankfully, and you can find it in this month's issue!

Reading
Hip hip hooray for Thanksgiving Break, which gifted me the time I needed to finish my November book. The courtroom drama The Holdout, by Graham Moore, was recommended by someone I follow on Instagram, and I would recommend it right alongside her. It grabbed my attention immediately, and kept me interested and engaged through the final page.

Watching
Is anyone else as happy as I am about the return of "regularly scheduled programming" on cable? I missed my scripted television shows, and have enjoyed once again having new episodes waiting for me in the DVR queue. I've also been impressed with how well many of these shows built the events of 2020 into their plot lines; the Grey's Anatomy season premiere did a painfully beautiful job of addressing the pandemic, while All Rise took an honest and poignant approach to the Black Lives Matter movement.
Will and I were both excited to watch the US women's national soccer team take the field after an eight-month hiatus. Our World Cup champions and Olympic gold medalists beat the Netherlands 2-0, which was the icing on the cake.
We kicked off our holiday season viewing with Christmas Vacation, and then we moved on to a few shorter Christmas specials. Next up: Home Alone, Home Alone 2, and Elf!
Listening To
I shared last month that I planned to check out two new podcasts this month, and I actually followed through on that plan! Brainwashed - a short, six-episode investigation into the CIA's covert mind control experiments - was equal parts disturbing and fascinating, and I highly recommend based on both content and production quality. Daughters of DC, on the other hand... I listened to exactly seven minutes before I had to turn it off. This podcast plays out as a story with different characters, and the actors' voices drove me crazy; I never could pinpoint exactly what it was about them that rubbed me the wrong way, but I knew I couldn't listen any longer. I also got the feeling that I might be about 20 years older than this podcast's target audience, so it's probably best I walked away.
Otherwise, I spent the first half of November catching up on new episodes of old favorites Criminal, Cold Case, and Crime Junkie (it seems I have a favorite type of podcast...) and the second half of November listening to Christmas music. It's all Christmas, all the time now, friends!

Following
Trying/Using
After using Shutterfly almost exclusively for the last few years, I decided to give Minted a try for this year's Christmas cards. Minted doesn't offer the same extreme discounts as Shutterfly, so I opted in to the Minted More membership which, for about $30, saved me 30% on my cards and earned me 20% off on any additional Minted purchases I make throughout the year. I must not have read the fine print though, because I didn't realize that my membership included a cute throw pillow, six lovely greeting cards, and a fairly substantial collection of wrapping paper, gift bags, gift tags, and ribbon, all of which showed up about a week after I joined. The amount of money I saved on my cards far exceeded my initial $30 investment, AND I ended up with a lovely bonus gift, so I'd consider Minted More well worth the money and highly recommend it if you're still shopping for a holiday card vendor! 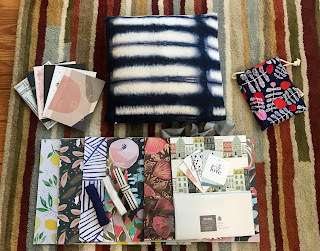 I have no affiliation with Minted or Minted More. I'm just a happy customer!
After years of admiring the loads of subscription boxes out there, I finally committed. A friend discovered that Causebox was offering PMD products with their fall box, so we decided to give them a try. I opted in to only a single box at first, just to see if I liked what the company had to offer. And while not every item in my box was a win in terms of being something I'd use on a day-to-day basis, all of the products were of a remarkably high quality. I also like that Causebox focuses on creating a "greener, fairer, kinder way to shop" by offering only "ethically made, sustainably sourced, and cruelty free products". I've decided to officially join, as members have more say in what they receive in their boxes; I'll let you know what I choose for and receive in my winter box in a couple of months! 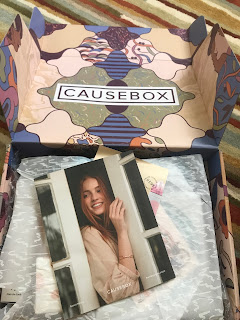 The PMD products that came with the Causebox were also winners. I might not have splurged on them if I'd had to pay full price, but with the Causebox deal I couldn't pass them up. So far I really like both the PMD Personal Microderm Classic and the PMD Clean, and while I haven't quite mastered the technique needed for the microdermabrasion, I'm working on it. (I wanted to share that piece of information in case you see me in person and wonder why I don't already have dramatically younger looking skin 😉).
Wearing
This category has, over the last few months, gone from my least to my most favorite one to write. A shirt update is coming, of course, but before we get to shirts, I want to share a couple of my favorite new and affordable loungewear-turned-everydaywear pieces. (Because for the love of 2020, we deserve to wear loungewear a little more frequently than we have in the past, amiright?)
And now, for the moment you've all been waiting for... November's shirt haul! (It's probably starting to seem - if it didn't already seem - like I have a problem with shirts. Truth. But the beauty in this problem is that I share it with two others, and shopping for all three of us each time we buy shirts makes the anticipation, the reveal, and the matching incredibly fun.)

Eating/Drinking
Summer may be over according to the calendar, but summer's weather is still hanging around...like a party guest who just won't go home at the end of the night, when you just want to load the dishwasher and go to bed, summer weather just won't go home at the end of its season, when I just want to pack away my shorts and open the windows.
Now where was I going with that? Oh yes, recipes.
Feeling Good About
What's new and interesting in your world this month?
Posted by Chasing Roots at 5:00 AM